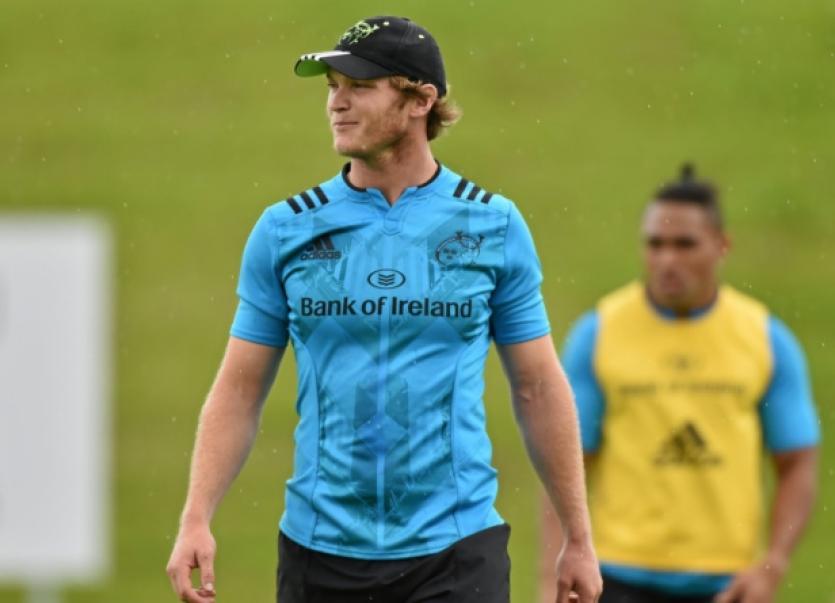 Twenty five-year-old Bleyendaal suffered a serious neck injury last September while playing for Canterbury in the ITM Cup. The injury required surgery and delayed the arrival of the 2010 Junior World Championship winning captain to Munster until January.

Bleyendaal, who can play at out-half or inside centre, returned to full training towards the end of last season and played for Munster ‘A’ against Ulster Ravens at Naas in April.

However, the exciting Kiwi, who joined Munster on a three-year contract, will finally make his debut for Anthony Foley’s senior side on Friday.

Foley said: “You’ll definitely see Tyler (Bleyendaal) on Friday night and I’m looking forward to seeing him in the red jersey and having a crack off Thomond Park.

“At the moment he’s running 10/12 and he’s very comfortable in both positions.”

New Munster centre Francis Saili is also training with the squad after arriving from the Auckland Blues last week.

Foley said: “Francis has obviously moved over here last week and he has got to catch up on sleep and stuff like that. We want to make sure he’s settled in, he gets to know the lads and make sure he’s got the calls and we’ll see where he goes from there.

“We were looking at whether we needed to get World Cup cover in but we managed to negotiate an early release (for Saili) and we’re fortunate enough for Francis to be over here and training well. Hopefully we’ll see him in a few weeks.”

Foley’s pre-season preparations have been boosted by the return of several long-term injury absentees.

Munster are waiting on a work permit to come through for new second-row Mark Chisholm.

Coach Foley admitted Tommy O’Donnell was ‘crestfallen’ after confirmation the flanker would miss the World Cup due to a hip dislocation.

Foley said: “He’s obviously crestfallen around it but he knows he’s in a situation now he needs to get out of and work hard to get back into it.

“It’s about the person now rather than the player so it’s about looking after him now and making sure he’s getting proper care. It’s unfortunate.”