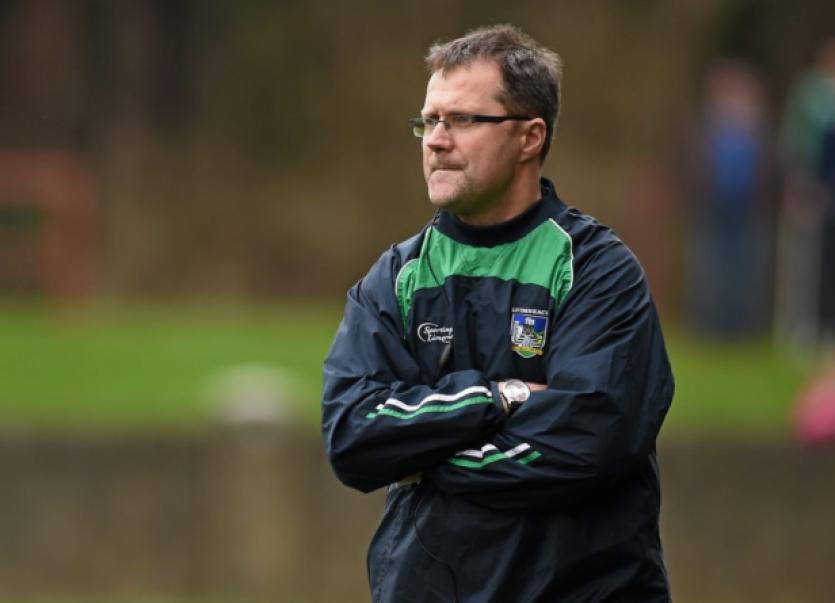 JOHN Brudair is expected to be handed a new term as Limerick senior football manager.

JOHN Brudair is expected to be handed a new term as Limerick senior football manager.

The August monthly meeting of Limerick’s Football Committee takes place this Thursday night (8.00) in the Woodlands House Hotel where it is understood that Brudair’s name will be put forward for another term.

His two year term came to an end with Limerick’s All Ireland Qualifier defeat to Tyrone in June.

However, the former Dromcollogher-Broadford Munster club winning manager did express a wish to remain in the Limerick role.

At this Tuesday night’s August County Board meeting, Limerick Football Committee chairman John Cregan told delegates that he “would expect that there will be some recommendations at a football committee meeting this week”.

“A number of reviews of the various different managements are taking place presently. That process is on-going,” outlined Cregan.

It is understood that the name of Brudair will be put to football club delegates this Thursday.

If accepted, Brudair will then be asked to put together a full management team to be fully ratified at the September 8 County Board meeting in Claughaun.

There will be changes as physical trainer Mikey Kiely and football coach Diarmuid Mullins have confirmed that they won’t be available for 2016.

Brouder was also Limerick U-21 football manager in 2015. It was a link between the senior and U-21 panels that worked well as a new-look senior panel was moulded. It is understood that Brouder has expressed a wish to remain in the U-21 role.

The position of Limerick minor football manager is also to be confirmed in the coming weeks.

Newcastle West’s Jerry O’Sullivan is the out-going manager. This appointment will be made by the new Football Implementation Group, headed up by former Limerick football captain Muiris Gavin.