Nine debutants in Munster side to face Grenoble 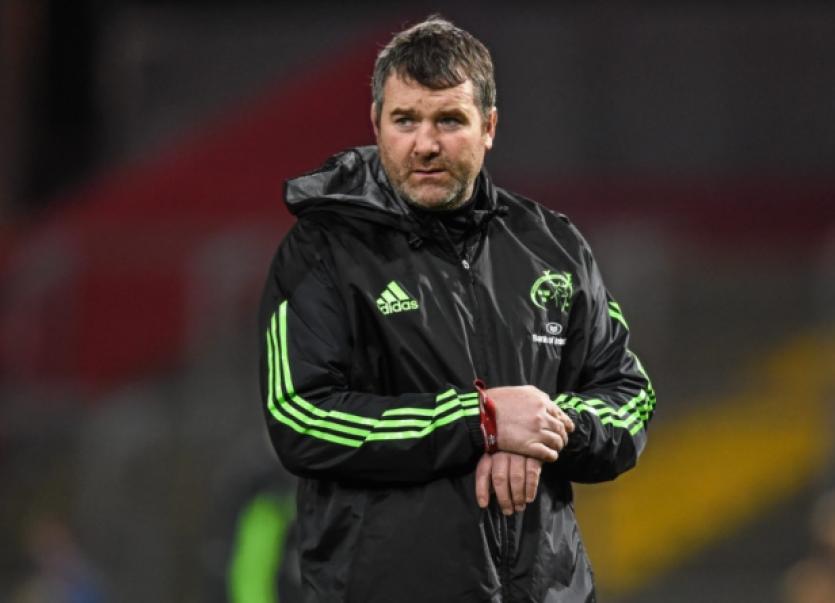 Foley has been boosted by the return to fitness of five senior players who missed the end of last season through injury.

Bleyendaal is partnered at half-back by Cathal Sheridan.

Last season’s AIL Division 1A Player of the Season, Matt D’Arcy, is another making his first appearance in the red jersey. The centre is joined in the midfield by Cian Bohane who completes his long road to recovery following a serious knee injury sustained during last season’s pre-season action.

South African Gerhard van den Heever has also rehabbed his knee injury and starts on the left wing with Darren Sweetnam on the opposite flank in a back-three completed by academy full-back David Johnston who makes his first start for the senior side.

Shane Buckley and Robin Copeland have both recovered from their respective shoulder injuries to take their places in the back-row at six and eight, while new signing and former Leinster player Jordan Coghlan starts at openside.

An all-senior front row sees John Ryan and BJ Botha start on either side of Niall Scannell with academy lock John Madigan and the returning Dave Foley (wrist) completing the tight five.

After the game, all spectators are invited to join the Munster players at a post-match BBQ in the Fan Zone Plaza where they will be on hand to sign autographs and pose for pictures.

Tickets can be purchased online from www.munsterrugby.ie, from the Munster Rugby Ticket Offices at Thomond Park and Musgrave, or by calling 0818 719 300.

On the injury front, Denis Hurley, who picked up an ankle injury at Tuesday’s training session, will undergo further review after the weekend once the swelling subsides.