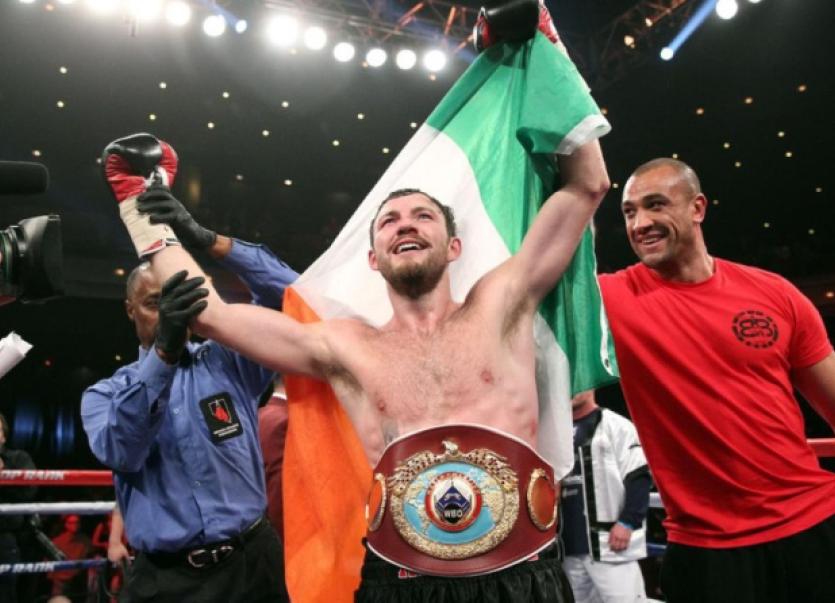 Lee’s world title fight moved to Manchester, Brudair to get another term and Bleyendaal ready to go at Munster are the major sporting talking points in Limerick today

Lee’s world title fight moved to Manchester, Brudair to get another term and Bleyendaal ready to go at Munster are the major sporting talking points in Limerick today

Boxing - Lee fight cancelled at Thomond Park due to illness

Limerick’s WBO World Middleweight champion Andy Lee’s world title bout will no longer take place in the city. More than 30,000 fans were expected to witness the occasion but now plans have come undone and the fight is to be moved to Manchester on October 10. Mayor of Limerick Liam Galvin described the news as “a huge blow to everyone in the city. People were very much looking forward to it, it was going to be massive for the city. I know the hotels were booked out but I am most sorry for the fans who had booked hotels and bought tickets.”

One of Munster’s latest acquisitions is set for his long awaited debut for the province against Grenoble on Saturday. Leader Sport’s Colm Kinsella sat down with former New Zealand U-20 captain Tyler Bleyendaal to find out how he is adjusting to life at Munster and indeed Limerick. You can read the full interview here.

Dromcollogher-Broadford man John Brudair looks set to stay at he helm of the county football team. Brudair’s term as manager came to an end with Limerick’s All Ireland Qualifier defeat to Tyrone in June. The August monthly meeting of Limerick’s Football Committee takes place this Thursday night where it is understood that Brudair’s name will be put forward for another term and he has expressed a wish to stay on in the role.

Former Tipperary manager John Evans has decided not to seek another term as Roscommon manager. The Kerry native was the Rossies boss since 2013 and guided them from Division three of the National Football League to Division 1, where they will play next year. Roscommon’s County Board had reccommened Evans for a further two years but he has now indicated that he will not be seeking the role. Roscommon had a poor championship, losing to Sligo in Connacht and to Fermanagh in the qualifiers.

Golf - Hopes for an Irish winner at the US PGA Championship

Ireland’s golfing fans will have high hopes of an Irish winner of the final major of the year. We have five Irish players playing at Whistling Straits with Darren Clarke, Padraig Harrington, Shane Lowry, Graeme McDowell and Rory McIlroy taking part in the event. McIlroy is defending the title he won last year at Valhalla Golf Club. Shane Lowry is in the best form of the Irish players after his sensational victory last weekend at the WGC Bridgestone Invitational.