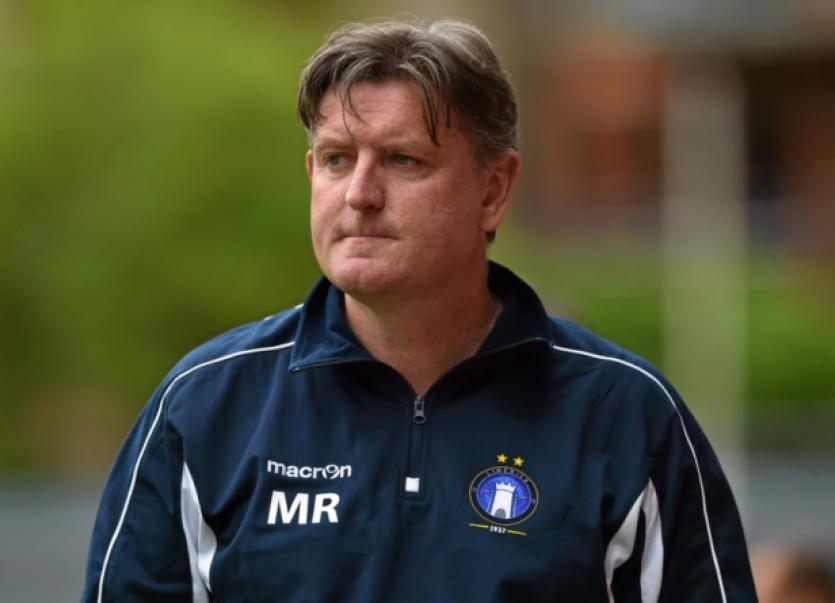 The fixture is the first of two crucial SSE Airtricity League Premier Division games basement side Limerick will face in the space of 72 hours.

Limerick host Longford Town at the Markets Field on Monday night (7.45pm) as Russell’s charges look to build on their recent encouraging set of results.

Back-to-back home wins over Sligo Rovers and Bohemians have boosted Lims’ chances of pulling off the great escape.

Limerick FC manager Martin Russell agrees his side face a crucial stage in the season with Friday’s trip to second-placed Cork followed by Monday night’s clash with Longford.

Russell said: “This is a big weekend for us with Cork away followed by Longford on the Monday.

“Out intention now is to go down to Cork and put in a performance.

“All the clubs are in the same boat this weekend playing two games in 72 hours. We are a small squad and ideally a bigger break between the two games would help. We have to maximise what we can and still focus on Friday first of all, see how we get through that before our thoughts turn to the game on Monday.”

Limerick FC defender Patrick Kanyuka is suspended for Friday’s trip to Turner’s Cross after being sent off in the thrilling 4-3 win over Bohemians at the Markets Field on Saturday evening.

“We have a bit of a game after the Longford game, so there is a rest period there. There are one or two fellas who are carrying knocks and ideally the Cork and Longford game are a bit close from their point of view.

“There is a feel good factor at the moment that we have to utilise and remain positive. We go to Cork first and we want to be competitive there.

Limerick will be aiming to improve on the result of their last visit to Cork City this season which ended in a 5-0 thumping in March.

Russell said: “In the first game against Cork down in Turners Cross there were two questionable decisions given against us early on in the game, a penalty where our keeper got a touch to the ball before it was awarded and Shane Dugann’s sending off. They were two critical decisions. We were down 2-0 in Cork after 20 minutes.

“For the game in Jackman Park it was a close enough affair. We were competitive against them and on the night there was no way under the kosh for long periods.”