Key battles in round three of Limerick SFC this weekend 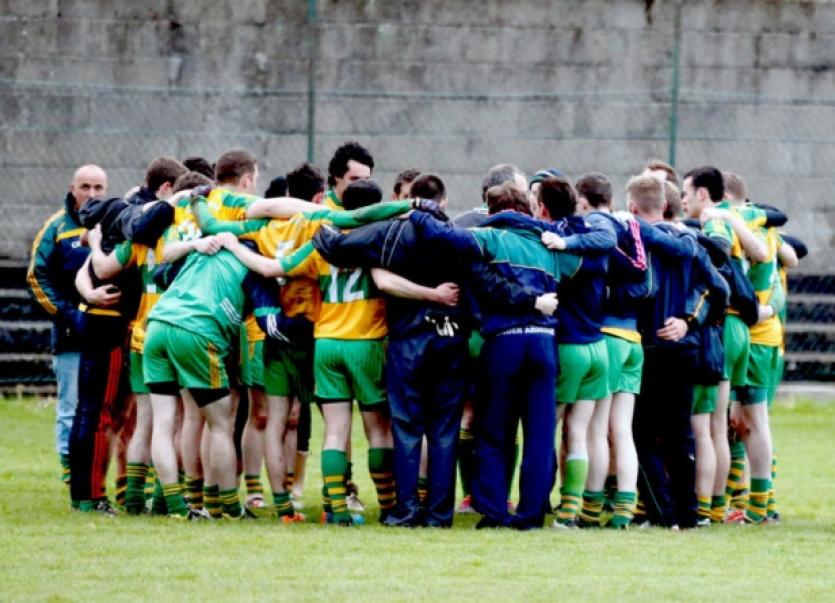 ROUND Three of the Limerick SFC takes place this weekend, before the championship breaks for two months.

ROUND Three of the Limerick SFC takes place this weekend, before the championship breaks for two months.

St Patricks bid to put one foot in the knockout stages of the Limerick SFC this weekend.

The Rhebogue side bring an unbeaten record into round three of the senior football championship in the knowledge that a third successive victory will all but guarantee a place in at least the quarter finals.

But next up for the city side is a repeat of the 2014 Limerick SFC county final against Ballylanders. The champions surprisingly lost to Pallasgreen in round one but regrouped to beat Monaleen last time out.

St Patricks beat Ballylanders in the group stages last year but the men from the south prevailed on county final day.

The clash of St Patricks and Ballylanders takes place on Sunday evening at 7.30 in Bruff.

Elsewhere in this group, 2011 champions Monaleen seek their first win of the championship when they play Pallasgreen. This contest in Caherconlish is one of the games scheduled for Friday evening at 7.30.

Monaleen are the only side in their six-team group without a win and Muiris Gavin and management will know that another loss will see them fight a relegation battle when the championship resumes in August.

The final game in this group is the meeting of Dromcollogher-Brodford and Rathkeale in Knockaderry (8.00). Both have one win from two starts, with Rathkeale buoyed by the return of some key players after long term injuries. In Group Two, Newcastle West and Ballysteen are unbeaten.

Also on Friday, Na Piarsaigh play Fr Caseys. The Caherdavin men have lost both their games on their senior football return.

On Friday they make the journey to Kilmallock to play the Abbeyfeale men. Fr Caseys bounced back from a round one loss to beat Adare last time out.

There is only one game on Saturday and that is the meeting of Ballysteen and Adare in Rathkeale club grounds at 7.30. After next weekend the Limerick SFC will break until August 7-9. Limerick senior football manager John Brudair and his management will monitor all games as preparations begin for the All Ireland SFC Qualifiers on June 27. Before that the Limerick junior footballers will play Cork in the Munster semi final in Pairc Ui Rinn on June 14.