Limerick SHC round two Team of the Week 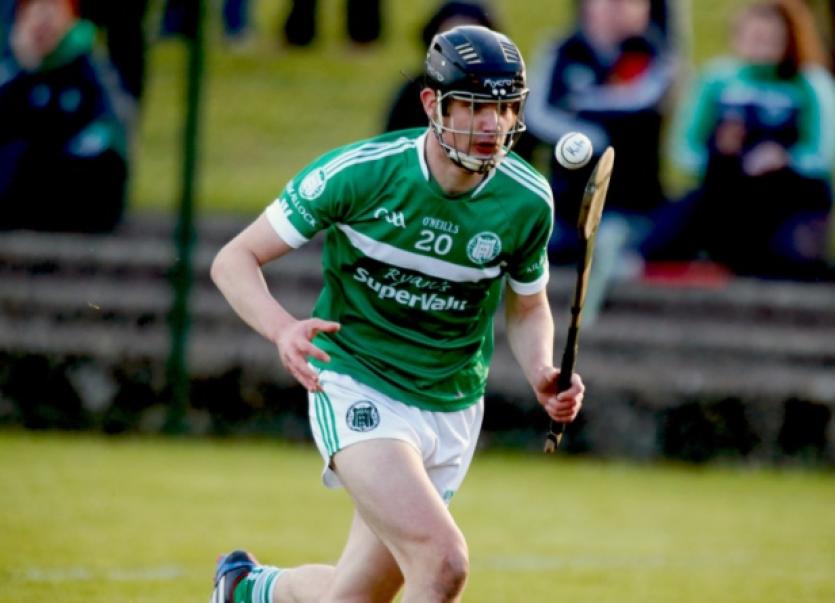 There were wins for Kilmallock, Na Piarsaigh, Patrickswell, Ahane and Doon, while Croom and Adare drew.

Damien Sexton scored the injury time goal to secure Croom’s draw with Adare but goalkeeper Ger Flynn kept them in the contest. Just before half time he saved from Willie Griffin, having earlier climbed high to fetch from over the crossbar to deny Adare a point. In the second half he stopped a Mikey Mackey goal effort.

The Adare defence were under pressure at times but actually only conceded 2-3 from play. Costello was tight in the no2 shirt and cleared an amount of ball from a new-look full back line with Jody Hannon at full back.

O’Loughlin missed round one but returned to his dominant self at the edge of the square in their win over South Liberties, who hit just 1-2 from play over the hour. Conditions weren’t ideal but O’Loughlin’s handling and use of possession was impressive.

Kennedy was a utility player in previous seasons but is looking very much at home as a tight marking corner back. Strong in 50-50 battles and confident in possession, Kennedy is now a vital part of the Na Piarsaigh rearguard.

There are many plaudits for the high-scoring Patrickswell attack but defensively The Well have also being strong with just 1-23 conceded. Much of their launchpad is a strong half back line of Carmody, Diarmuid Byrnes and Seanie O’Brien. Against Murroe-Boher Carmody was his usual efficient self and hit two points.

Croom left it late to secure a draw against Adare but throughout their half back trio were on top and set them on the forward foot. None more so than Lucey at centre back. He held firm in the first half against Declan Hannon and when playing into the wind in the second half he again dominated the centre, albeit with the aid of Peter Lawlor sitting deep.

Back to full fitness, Ryan looked very sharp throughout his side’s loss to Kilmallock. He cleared an amount of ball for a defence that was over-worked at time. Most impressive also from long range placed balls with six points to his credit.

Ballybrown have made positional switches throughout this side this season and James Hall is one of those revelling. Brings a big work rate to the midfield area and an ideal link between defence and attack. Hit two points in his side’s loss to Na Piarsaigh.

It was largely one way traffic for Doon in their win over Bruff. In terms of displaying their attacking abilities, Maher was prominent with four points from midfield on top of his primary duties of winning possession.

Mostly used in the half back line with the Limerick senior hurlers, Morrissey was most effective at wing forward against Effin. Was a target from puckouts and hit two points from play and also created the goal and another goal chance for his team-mates.

In the absence of his injured brother David, Adrian Breen played at centre forward against Ballybrown. Brought great mobility and work rate to the role and on top of that hit 1-3 from play.

He may be suspended from the inter-county scene but Tobin was in top form for his club side. They were heavily beaten by Patrickswell but no one can question his value to his club and his return of scores from play and from frees.

The Patrickswell full forward line hit 6-7 from play in their 6-15 to 0-16 win over Murroe-Boher. Thomas O’Brien sparkled with 2-4 from play and forced Murroe-Boher onto the back foot each time he was in possession.

Can’t argue with the return of the teenager in his side’s win over South Liberties. His hat-trick of goals were ultimately the difference between the sides. Played much of his underage hurling in defence but now growing into his full forward role and taking up threatening positions from which to find the net.

Ryan was a key player for Kilmallock throughout the win over South Liberties. Especially when Liberties were on top, Ryan’s free-taking kept Kilmallock in touch on an evening where they hit 14 wides. He finished with nine points and was also responsible for creating a number of scores for others.