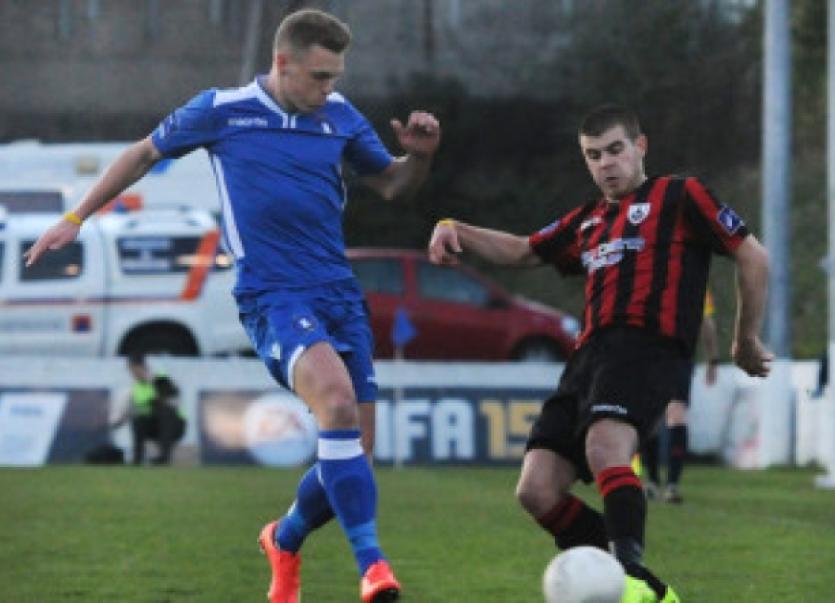 LIMERICK FC midfielder Sean Russell is confident the side can build on their gritty draw with Longford Town as the Blues face a trip to Drogheda United this Tuesday night, 7.45pm.

LIMERICK FC midfielder Sean Russell is confident the side can build on their gritty draw with Longford Town as the Blues face a trip to Drogheda United this Tuesday night, 7.45pm.

After a disappointing start, Russell and his team mates will be seeking their first win of the campaign at United Park against the fourth-placed Drogs.

Drogheda won their first two games against Bray Wanderers and Sligo Rovers, before losing out to ten-man Galway United (1-0) on Friday night.

Second-from-bottom Limerick are again without captain Shane Duggan who must serve an additional one-match ban following his recent red card in Cork.

Right-back Seán Harding is also doubtful but on the plus side left-back Colm Murphy has resumed light training following a hamstring injury.

“And as the weather improves and pitches improve, I think it will benefit our style of play as well. I think there are good things ahead for us but we need to work hard, first and foremost. We’ve got to go to Drogheda, play well, play as best we can and try to get a result that way.

“We did well against Longford. We took the lead. We conceded a sloppy goal again – we need to tighten up a bit on those.

“We got ourselves back in the lead and probably played as best we could in some parts but we made it hard again conceding, and I think it could have gone either way at the end.”