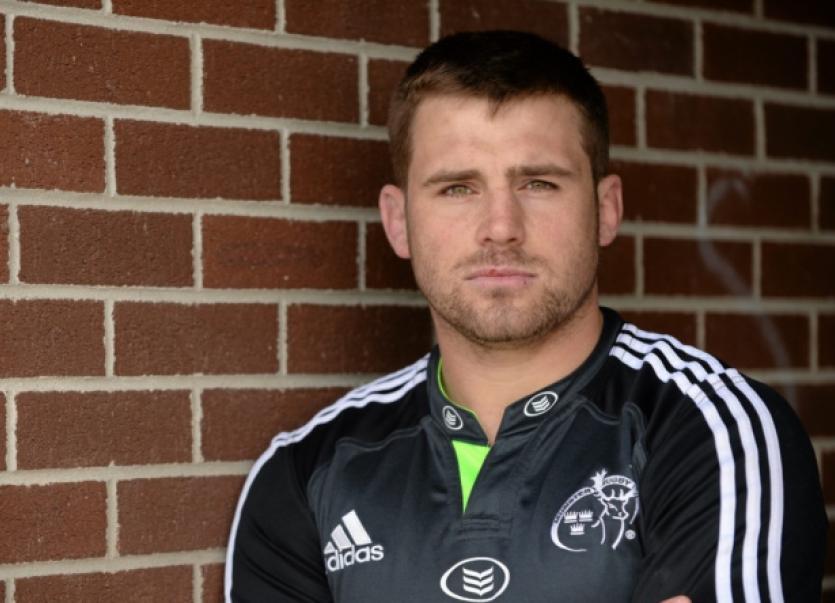 MUNSTER’S South African-born back-row forward CJ Stander was more than a little interested in the spell-binding conclusion to the 6 Nations Championship last weekend.

MUNSTER’S South African-born back-row forward CJ Stander was more than a little interested in the spell-binding conclusion to the 6 Nations Championship last weekend.

Not alone were three of his Munster team mates, Paul O’Connell, Conor Murray and Peter O’Mahony starring for Ireland as they retained the title, but Stander himself will be Irish qualified next autumn. November 1 is the date to be precise as he quickly informed reporters at the province’s weekly press briefing at UL on Tuesday.

Stander would relish the prospect of being involved in an Irish squad the next time the 6 Nations Championship roles round.

Limerick-based Stander was gripped by the epic day of rugby Saturday produced for TV viewers, with his consumption beginning with the Super 15 that morning.

Stander said: “I think Saturday was the best ever, if you ever want to watch rugby then I think you have to go back and watch it on TV again, then you’ll know what rugby is about.

“I was at home watching it, started starting with the Super Rugby in the morning from New Zealand and I just kept on going.

“I watched the Ireland match and the England match and was on the edge of the couch. My wife left for 10 minutes because I was shouting and roaring at the TV.

It was great to watch, great for northern hemisphere to see so much running rugby and before the World Cup too, it’s going to be interesting World Cup this year for sure.

“(In terms of being Irish qualified in November) I suppose I haven’t had much contact with them, but I’m sure when the time comes around he (Joe Schmidt) might start speaking to me, I’ll leave it up to them but of course for now as the World Cup comes first.”

Stander was lavish in his praise of the performance of his Munster team mate Paul O’Connell who captained Ireland to their back-to-back 6 Nations successes. Stander revealed that he ‘idolised’ O’Connell while growing up in South Africa.

Stander said: “I idolised him (Paul O’Connell) since I was a small boy.

“He is a legend and has shown it again last weekend, he always leads by example. That try he scored against Scotland, I was delighted for him.

“That’s the way he wants to play, weekend in and out. He is a legend all over the world, people back in South Africa talk about him as a legend.

“It is great to see a guy like that still playing. For me to just play with him, I will write that down for my kids one day. It is great.

“There were a few Super Rugby matches on last weekend in South Africa, but the people that know me were still watching the 6 Nations and they were delighted with some of the change from the normal to the running game.

“I think rugby supporters in South Africa are getting anxious to see what happens in the World Cup. Ireland should be up there.”