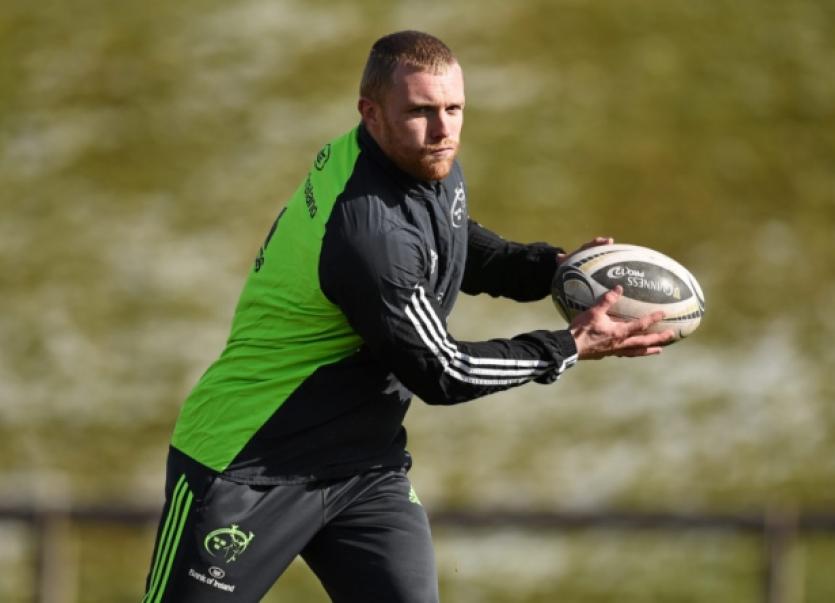 However, 6 Nations Championship starters against Scotland last weekend, Paul O’Connell, Peter O’Mahony and Conor Murray, are not included in Munster’s matchday squad for the inter-provincial clash.

More than 17,000 tickets have been sold Saturday’s game and tickets will be available to purchase on the day.

In total, Foley makes five changes to the starting line-up that lost to Ospreys in the last round of the competition.

Two changes in the front row see John Ryan and Stephen Archer come in to start on either side of Eusebio Guinazu, with Donncha O’Callaghan and Billy Holland remaining in the second row.

The return of Tommy O’Donnell at openside is the only change to the back row with Dave O’Callaghan and CJ Stander continuing at 6 and 8 respectively.

Duncan Williams and Ian Keatley again team up in the half-backs, while Andrew Smith makes his first start since returning from injury. Smith partners captain Denis Hurley in the centre.

The return of Smith sees Keith Earls move to the right wing with Simon Zebo returning to the opposite flank.

Felix Jones completes the back-three, reverting to full-back for this weekend’s clash.

Having successfully rehabbed an ankle injury sustained during training in February, Duncan Casey is named amongst the replacements.

Adult tickets start from €20 while Juniors can go from €7. Purchase tickets online from Ticketmaster.ie, from the Munster Rugby Ticket Offices in Thomond Park or Musgrave Park, or by calling 0818 719 300.

Both 6 Nations trophies will be presented to supporters at half-time in Thomond Park with Ireland captain Paul O’Connell and Ireland Women’s captain Niamh Briggs in attendance.