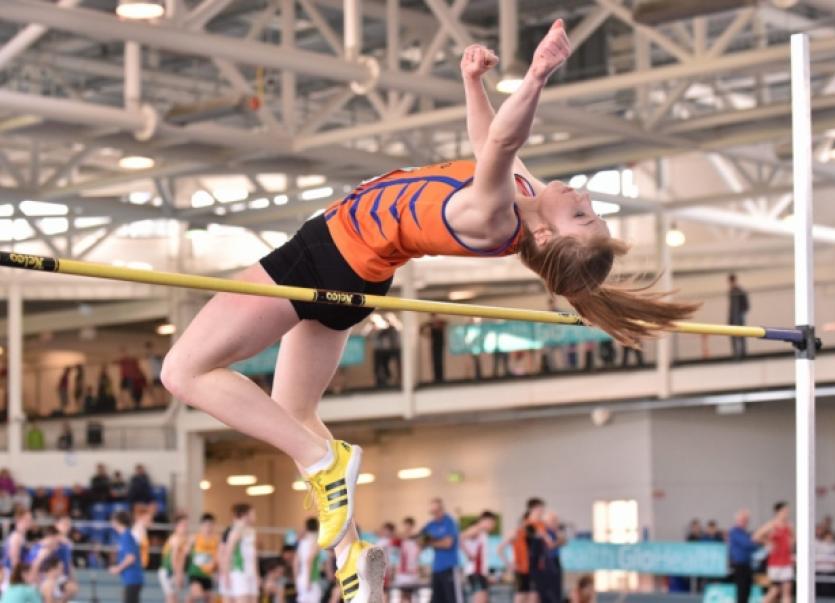 Verena Tarpey rounds up all the recent local athletics action.

Verena Tarpey rounds up all the recent local athletics action.

Sophie Meredith of St Mary’s AC Limerick travelled to England last week to compete in the English Pentathlon Championships in Sheffield. Sophie is a formidable competitor and was in the Girls U-15. Sophie produced a stunning set of results to break the existing English record held since 2008. Meredith battled it out with Rhea Southcott (Leeds City AC) across the five event competition with particularly pleasing performances coming in the long jump (5.42m) and high jump (1.63m). There was only eleven points separating the two athletes going into the final event of the day, the 800m. Sophie pulled out all the stops to cross the line in 2.32.43 accumulating a total point’s score of 3,418.

Sophie is a tremendous athlete since she was a very young age and is coached by her mother Yvonne Meredith. Yvonne is one of the senior coaches in the club and also acts as PRO. Sophie’s success comes on foot of excellent results all season including Championship Bests recently at Munster and National Indoor Finals. Well done to Sophie from all of us in the athletics world.

Athlone was the venue for an exciting weekend athletics for Juveniles on Saturday and Sunday at the National Indoor Championships. Many young athletes travelled with their coaches to Athlone and won medals, many setting Championship Best Performances. Not all athletes or clubs came away with medals but they developed a great level of experience and this will stand to them.

The relays took place on Saturday. Dooneen AC teams performed really well in the event (4 x 200 metres) with the girls U14 team taking gold; gold in the U15 boys; bronze in the U15 girls and in the U17 girls. This tally of results was impressive for any club. Emerald’s team of Chloe Tobin, Ciara Neville, Bronagh Kelly, Zara Bolger and Anna Burke not surprisingly took gold in the 4 x 200 metres in the girls U17. Judging by their individual performances of late, this team effort would have been hard to beat. St Mary’s U14 team secured silver in the U14 girls and their boys did really well in taking bronze in the U13 event.

In the U-15 girls High Jump, Sophie Meredith of St Mary’s proved what a competitor she is and took gold with a CBP of 1.65. Sophie also took gold in the Long Jump. Niamh Moriarty of Dooneen AC was 3rd in the 60 metres U-15. Jamie Mitchell of Emerald AC was second in the U-17 60 metres, while Ciara Neville set a championship best record securing gold in the 60m. Lauren O’Leary of the same club took silver in the long jump (U-15)