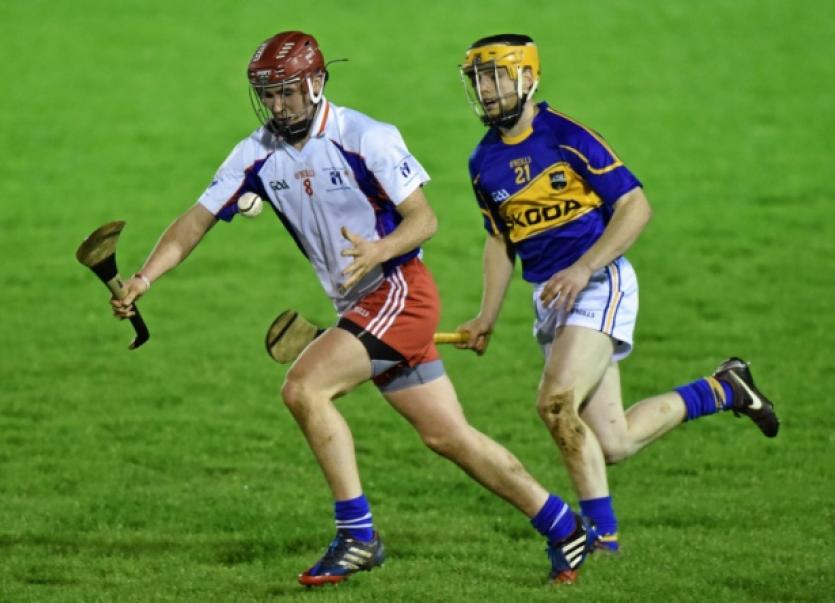 THE competitive GAA season is up and running for 2015 with club and county action over the weekend.

THE competitive GAA season is up and running for 2015 with club and county action over the weekend.

The towering Croom midfielder has dominated recent days in Limerick GAA circles. Was he the best ever? That’s the question starting most debate and for me certainly he was. In a 15-year career he was never dominated and that was at a time when Limerick were playing top league football and competing against the best in the championship. Focus now turns to Pa Ranahan, Mark O’Riordan, Ger Collins and Eoin Hanrahan, who have yet to committ to the season ahead.

On the back of the retirement of John Galvin came a 10-point loss to UCC in the McGrath Cup in Mick Neville Park. It was a Limerick team that gave debuts to Robert Browne, Cillian Fahy and James Naughton, while Denis O’Dea, Tony McCarthy and Jason Mullins were newcomers introduced as subs. Overall a below par performance from John Brudair’s side and much improvement is needed before the NFL starts on February 1 against Sligo in Newcastle West. There will be a number of returning players from college commitments while the injury list will hopefully shorten.

TJ Ryan’s new 32-man hurling panel had an outing on Saturday when losing to Dublin in a challenge game in Rathkeale. It was an experimental side on par with what faced Wexford and Cork in recent weeks. Attention now turns to Kilmallock next Sunday where Limerick play Waterford, who beta LIT on Sunday, in the Waterford Crystal Cup. Limerick will be without Declan Hannon, David Reidy and Seanie O’Brien, who are all college tied. A number of others, including Seanie Tobin, are out injured. Also over the weekend a host of locals played in the Waterford Crystal Cup with the three local Third Level Colleges - defeat was the lot for all three.

The curtain finally came down on the 2014 season on Saturday with two U-21 football finals.

In the Premier decider, Newcastle West-Monagea were 20-point winners over Athea-Mountcollins. Remarkably the big win came just six days after the sides had drawn 1-8 each.

In the ‘A’ final St Patricks defied a 10-week wait for their decider to beat Shannon Gaels (Glin-Gerald Griffins).

If victorious Ardscoil Ris would play Nenagh or Rochestown in their January 31 semi-final, while Castletroy are bidding to advance to play Thurles CBS.