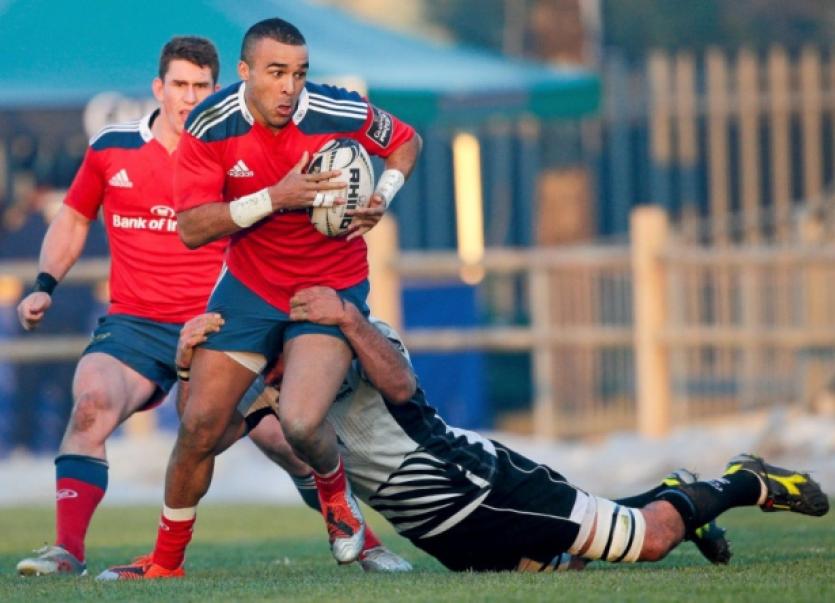 MUNSTER begin the biggest week in the province’s season boosted by the return to fitness of both winger Keith Earls and prop James Cronin.

MUNSTER begin the biggest week in the province’s season boosted by the return to fitness of both winger Keith Earls and prop James Cronin.

Third-placed Munster face Aviva Premiership giants Saracens in a make-or-break European Champions Cup Round 5 tie at Allianz Park this Saturday, 1pm, boosted by the return of the two international stars.

Both Earls and Cronin were introduced as second half replacements as Munster scored a much-needed 31-7 Guinness PRO12 victory over lowly Zebre at the Stadio XXV Aprile on Saturday. It was Earls first appearance of the season for Munster following a knee injury.

Head coach Anthony Foley would surely have wanted a more severe test for his side ahead of Saturday’s make-or-break European Cup clash with Sarries in London.

Munster coach Anthony Foley felt his side had produced several encouraging sings in their bonus point win over Zebre in Parma.

Foley said: “We felt that we needed a performance and we saw that, in bits and pieces.

“We wanted to build the game on pace and momentum, and we achieved that, and we were fortunate enough to get a couple of scores and maintain momentum on the game. Unfortunately we didn’t do that in the second half and it became a dour affair, but it’s good to get back on winning ways.”

Scrum-half Conor Murray picked up an injury in scoring one of Munster’s first half tries, but coach Foley said the international half-back should be fine to face Saracens.

Murray took a ‘bang on the neck’ in the act of scoring the try, but coach Foley reported the Patrickswell man to be okay when speaking to the press after the game.