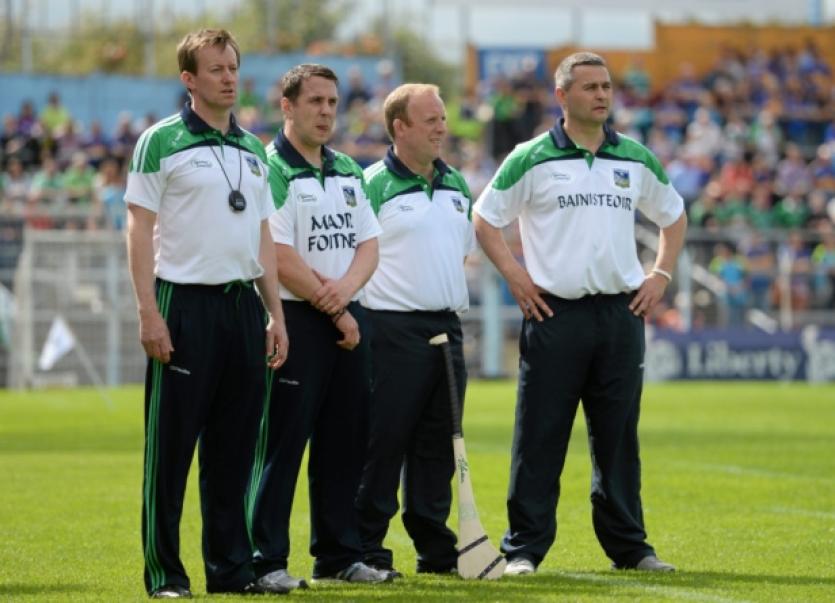 WATERFORD provide the opposition this Saturday as the Limerick senior hurlers begin their 2015 competitive season in Kilmallock at 2.00 in the Waterford Crystal Cup.

WATERFORD provide the opposition this Saturday as the Limerick senior hurlers begin their 2015 competitive season in Kilmallock at 2.00 in the Waterford Crystal Cup.

But manager TJ Ryan admits that he is more focused on the February 14 clash with Waterford in the National Hurling League.

That NHL game under the floodlights of the Gaelic Grounds will go a long way towards deciding potential promotion back into the elite of league hurling.

This Saturday’s Waterford Crystal Cup game will be used as preparation for a fifth season outside of the top division.

“The priority right now is to beat Waterford on February 14 - that’s the first really competitive game for us in the league. It’s a home game, a difficult one to start with so the way 1B is set up, you have to win all your games, so you can’t look past that,” said the Limerick manager this week as he embarks on his first full season at the helm.

“Win that game in the opening round and try and build from there would be the priority for me right now,” said Ryan ahead of the NHL, where Limerick are the 8/11 favourites to finally win promotion.

Like last season there will be no final in Division 1B with the team finishing top of the league promoted.

The hurlers, once again captained by Donal O’Grady, will play three of their five encounters at home - in the Gaelic Grounds against Waterford and Offaly and in Kilmallock against Laois. They will face trips away to Antrim and Wexford. The Wexford fixture will be a double-header on March 8 with a Limerick-Wexford NFL game.

On Saturday Limerick will look to build a winning run ahead of the league start in four weeks.

However, Limerick haven’t beaten an inter-county side in the Waterford Crystal Cup since Clare in the semi-final of the early season provincial competition in 2006, when TJ Ryan captained the Shannonsiders to a final win over Waterford IT.

On Saturday, Limerick will be short a number of regulars as they bid to book a semi-final spot against Kerry or UCC.

TJ Ryan and selectors Paul Beary, Mark Lyons and Davy Clarke will have to plan without their four strong Kilmallock contingent - Gavin O’Mahony, Paudie O’Brien, Graeme Mulcahy and Barry Hennessy - as they continue preparations for their February 7 All Ireland club SHC semi-final.

Also missing on Saturday will be a quartet of college-tied players - Declan Hannon, Aaron Murphy, David Reidy and Seanie O’Brien.

On the injured list at present is Seanie Tobin, meaning that Limerick’s management will be selecting from a maximum of 23-players for the tie.

Limerick could use Saturday afternoon’s game to gives competitive seniors debuts to Pat Begley (Mungret), Cian Lynch (Patrickswell) and Tom Morrissey (Ahane) - the only three members of their recently unveiled 32-man panel not to have previous senior inter-county experience. The trio have been involved in recent challenge games against Wexford, Cork and last Saturday against Dublin.