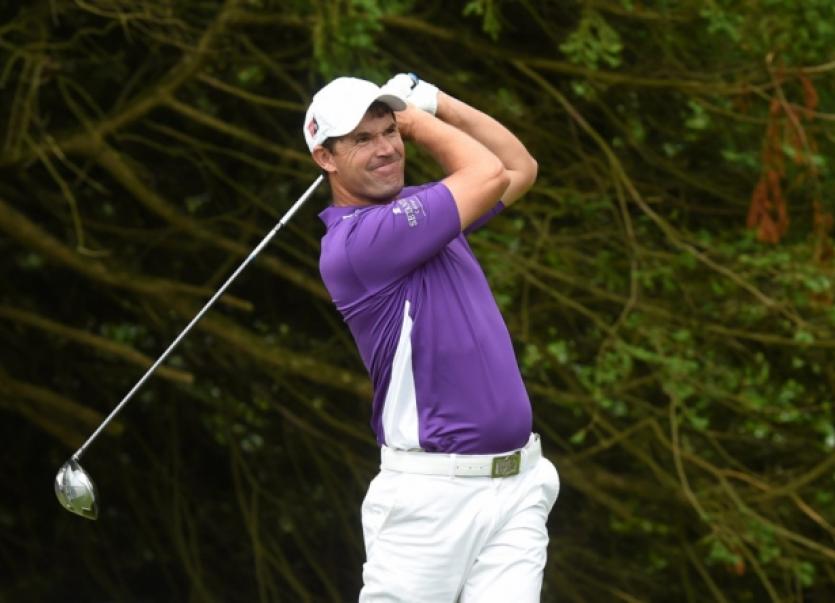 The golf star spoke to members of the 2015 Limerick minor hurling panel and member’s of the U-16 development panel to kick-start the new season.

Limerick’s quest for a hat-trick of Munster MHC titles begin on April 8 when they travel to Pairc Ui Rinn on Wednesday, April 8.

Before that, the 2014 Munster minor champions will be presented with their provincial medals on Friday January 23 in the Greenhills Hotel.

The former Clare and Dublin manager warned of losing sight of the hurling’s fundamentals when preparing teams.

“The smaller percentage is your strength and conditioning, diet and stats. The other 90% is hurling. The 90% is how you improve your player.

He explained: “The biggest learning curve I ever had in relation to this was with Dublin in 2012. We had a great 2011, winning the league and running Tipperary close in the All-Ireland semi-final. In 2012, we trained at 6am in the morning, had a quick bite to eat and off to work. We would do a gym session the same night. We never trained harder in the six years. We were pathetic down in Portlaoise against Kilkenny. We forgot that Tommy Walsh was going to put up his hand for every ball even though he mightn’t have ate what we ate. He mightn’t have trained at six in the morning, but when that sliotar was dropping he was in the 90% zone. I don’t think we should ever forget that. When the tail starts wagging the dog, we are in trouble”.

“The game may have evolved, but the essence is still the same. If lads think drinking a certain drink before the game will help them or drinking a certain drink in a window of time after a game will help recovery so be it, but don’t ever forget the essence of this game — making yourself available, looking for the ball and being a team player. That is the 90%”

The two time All-Ireland winning captain did accept that all coaches can continue to learn.

“You can always learn as a coach. Last Saturday I noticed the Galway seniors were heading out onto the pitch in UL just after we had finished up with the Limerick young lads.

“I watched Eugene Cloonan take the drills and I picked up one or two new things,” Daly told the conference, which was also addressed by Cappamore’s Liam Cronin on the rise to prominence of Ardscoil Ris in colleges hurling.