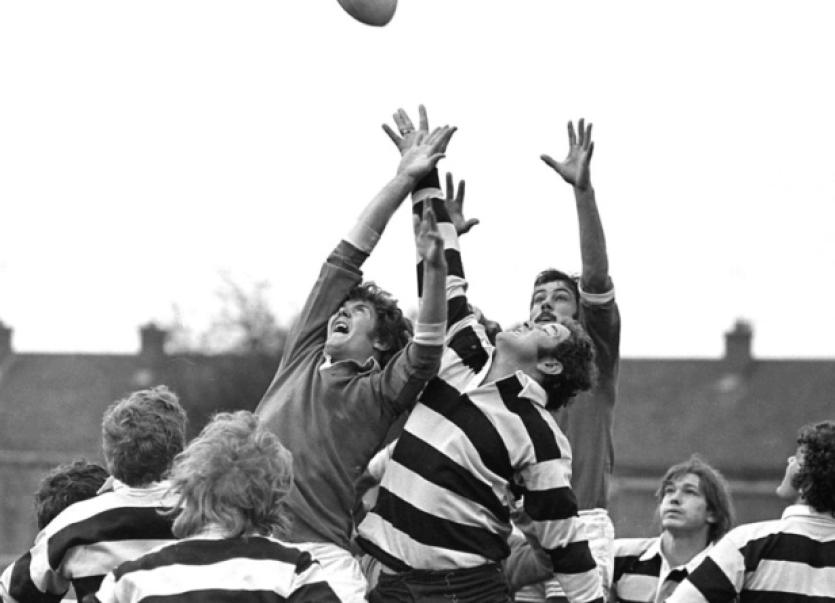 In this week’s Limerick Leader column, Aidan Corr recalls some of his earliest rugby memories growing up in Limerick.

In this week’s Limerick Leader column, Aidan Corr recalls some of his earliest rugby memories growing up in Limerick.

ISN’T it strange that we can sometimes remember early moments of our lives while failing to recall an event that happened the previous week.

My first realization that rugby in this city traverses all classes and creeds hit home when I was about six years old. The memory of being dwarfed by four or five giant figures, all dressed in the black soutane of the Redemptorist Order, giant rosary beads dangling from around their waists and all ears angled towards the commentary from our front room radio by RTE’s Joe Linnane of a crucial Five Nations international against Wales, has never been forgotten.

The proximity of our house to the ‘Fathers’ Church’ was too much of a temptation even for the clergy on match days and a Saturday afternoon walk in the church yard, breviary in hand, followed by a furtive glance that the coast was clear and a dart in our hall door, conveniently left off the latch by my dad, appeared to be an acceptable bending of the rules.

I am the product of a mixed marriage: my mother Garryowen FC and my father an ardent Bohemian. He took me to Thomond Park any Saturday that the red robins were in action, versed me with the rules of the game and the names of the players and, being very much open to indoctrination, I soaked it all up like a sponge.

The late 1950s was a golden era for Bohs, winning the Munster Senior Cup in successive seasons, 1958 and 1959. The ’59 win is known locally as the pool of water final with Shannon deprived of a late winning try when the ball was trapped by a puddle inches from the line. Even today I see some of those great Bohs names of that era in my mind’s eye: Tish Auchmudy and WW Stokes at the helm, Paddy Downes at full-back, Christy English in the centre, Maurice Mortell, the flying winger, second-row Brendan O’Dowd and the best half-back partnership in the country, Mickey English and Tommy Cleary.

The fact that Bohs (or UL Bohs as they are now called) have not won the senior cup since 1959 carries the weight of history. Surviving in AIL Division 1B is now the priority and they face a real test of their club spirit, their great tradition and their own ability as they try to salvage pride this season.

Like a lot of clubs, the red robins’ continuous supply of high quality talent to our provincial club increases pressure on the UL coaching staff to retain that high standard. In the Munster squad this season we find five Bohs’ players - Dave Kilcoyne, Dave Foley, JJ Hanrahan, Tommy O’Donnell and Cathal Sheridan - all at the top of their game and the club can take particular pride in JJ’s departure to Northampton Saints next season.

Other Bohemian players are learning their professional trade in the Academy. I have watched Bohs in AIL action on the last two Saturday’s on the back pitch of Thomond Park. On both occasions, small margins proved costly: two yellows and a red against Dublin University, another yellow last Saturday and home defeats in each game, but overall their performances were good and they have some fine young players in their squad, some of whom can look forward to exciting careers in the game.

The last sporting occasion that I went to with my dad was in 1956, at the Gaelic Grounds when Limerick hurlers beat Clare in the Munster final. We stood behind the goals on the Clare end of the pitch, ecstatic as we watched Dermot Kelly fire over 12 points and Ralph Prendergast destroy the Banner backline in his stocking feet.

On the way home we sat on a wall to rest from a blistering sun. Some months later, they laid my dad to rest. Sadly, he did not live to witness Bohemian’s greatest achievements in Munster Cup rugby.

Thankfully, I was there to represent him at both.