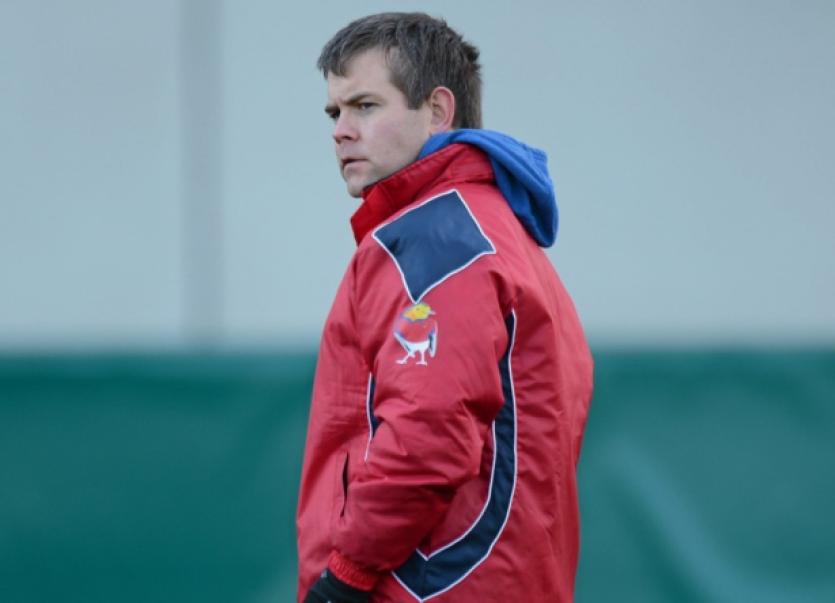 AIL Division 1B rivals UL-Bohemian and Garryowen face-off in a crucial derby clash at Thomond Park this Friday night, 7.30pm.

AIL Division 1B rivals UL-Bohemian and Garryowen face-off in a crucial derby clash at Thomond Park this Friday night, 7.30pm.

The game is one of two Limerick derbies in the AIL down for decision on Friday night as Richmond travel to Bruff for a high stakes Division 2B tie, also 7.30pm.

Sixth-placed UL-Bohs trail third-placed Garryowen by four points in Division 1B. With just three points separating the sides lying between fourth and tenth in the table, the outcome of Friday night’s game is set to have a major impact on both clubs’ season.

UL-Bohs head coach, Colm Tucker admitted his side had made an inconsistent start to the AIL season.

“It has been a mixed bag. We have been pretty inconsistent,” Tucker said.

“We started well getting two wins, then we had the two losses albeit we picked up losing bonus points. On Saturday then we fell down again by not coming away with anything. A very poor first 40 minutes cost us.

“We are joint fourth in the table, four points off Garryowen in third and three points off Shannon who are bottom. There are a lot of teams in the same situation. Last season Dungannon turned out to be some way the weakest team in 1B, but there doesn’t seem to be any team like that this season. Every seems to very capable and every game is very tough. A lot of teams will beat each other between now and the end of the season.

“November is a huge month for us, four huge games against Malone, Garryowen, Shannon and Buccs’. The Limerick derbies, while they are tough, are also exciting. We won’t look beyond Garryowen, however. It is a great challenge for us. Hopefully it will be a great game and there will be a great crowd to witness it.”

“It will be a massive game. UL-Bohs are just four points behind us in the table,” Conan Doyle said.

“It is going to be tough. We don’t want to lose sight of the two sides above us in the table, Ballymena and Galwegians who have started well. We need to stay in touch with those teams.

“We were disappointed with the result at home to Trinity last weekend.”

The highlight of the local AIL action on Saturday is the meeting of Young Munster and Ballynahinch at Tom Clifford park in 1A. Young Munster jumped up to sixth place in the top flight table on the back of an excellent 9-6 away win over Cork Constitution at Temple Hill on Saturday last.