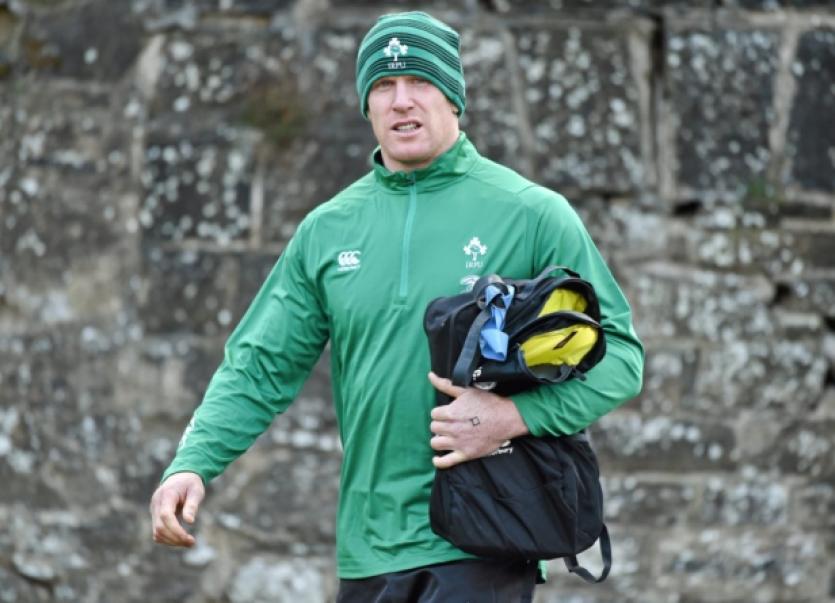 Munster talisman O’Connell will be partnered in the second row by Leinster’s Devin Toner. Captain O’Connell will be earning his 95th cap against South Africa. The Irish pack will also include Munster flanker Peter O’Mahony, while the province provides two members of the backline in winger Simon Zebo and Limerick scrum-half Conor Murray.

Limerickman Sean Cronin, who plays with Leinster, has been named at hooker in Joe Schmidt’s side to face the Springboks.

There is one new cap in Ireland’s match day 23, with Ulster’s Jared Payne set to make his debut alongside Robbie Henshaw in an exciting centre partnership. New Zealand-born Payne has qualified to represent Ireland through residency after three years with Ulster.

There is plenty of impact on the bench with Richardt Strauss, Limerick prop Dave Kilcoyne, Rodney Ah You, Mike McCarthy and Rhys Ruddock providing cover for the pack and Limerick scrum half Eoin Reddan, Ian Madigan and Felix Jones, of Munster, covering the outfield.

South Africa coach Heyneke Meyer has remained loyal to the players who beat New Zealand last month by naming an unchanged starting line-up for the opening match of their northern hemisphere tour.