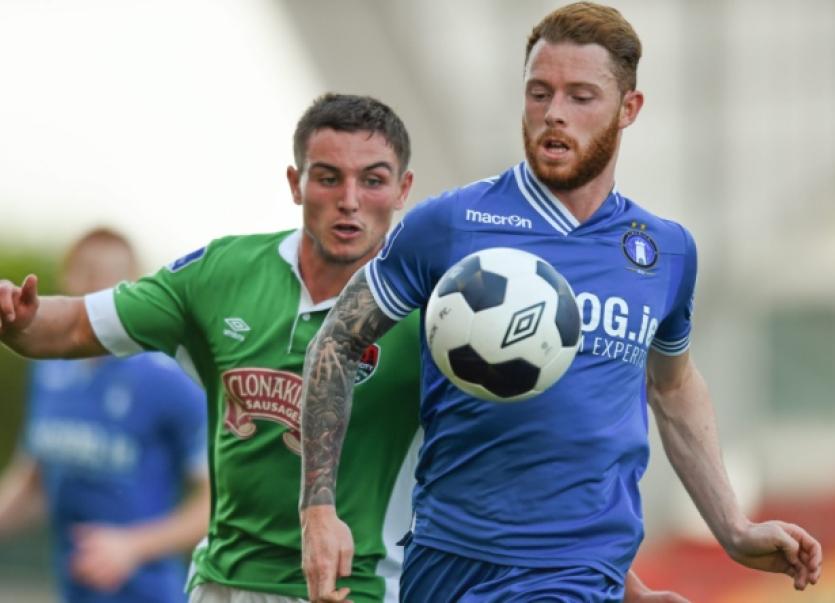 Twenty two-year-old Lynch joined Limerick from St Patrick’s Athletic last summer and impressed for Martin Russell’s side over the closing months of the season.

Hamilton Accies are currently in second place in the SPL table, one point behind leaders Dundee Utd and a point ahead of third-placed Glasgow Celtic.

Speaking about his decision to leave the Blues. Lynch thanked the Limerick FC Chairman Pat O’Sullivan and manager, Martin Russell for the opportunity to play with his hometown club.

Lynch, who has previously been at West Bromwich Albion, said: “I just want to thank everyone involved at the club, especially Pat O’Sullivan and Martin Russell. I know they worked really hard on making my move from Pats to Limerick happen in the summer and being honest the last three months at Limerick have been very enjoyable. It’s been great being able to play for my hometown club where the fans and everyone involved made me feel so welcome.”

“I am looking forward to this move (to Hamilton Academical). On a personal note it’s something I have always been working towards and the way Martin encourages his teams to play and gives his players the freedom to express themselves has really helped in making this move happen for me. Pat was very honest with me when I arrived here. He always told me if a move like this came around he wouldn’t stand in my way, and true to his word he was very supportive and encouraging over the last few days. I would just like to wish all the staff players and fans at Limerick FC best of luck for next season.”

Pat O’Sullivan, Chairman of Limerick FC wished Lee J Lynch every success. O’Sullivan said: “All at the club wish Lee J well in his move cross channel. Hamilton is a wonderful club whose ethos is akin to our own, something I’m sure Lee-J took into account when making his decision. Since he came to the club in the summer transfer window, Lee-J has exhibited all the qualities needed to progress to the very highest level. The fact that his hometown club offered him the opportunity to showcase his talent to a club challenging for the Scottish Premier League title is something we can all be proud of.

“On the field Lee J’s talent is not in doubt and off the field he has been one of the first players to volunteer for school’s visits and club or charity appearances, which is a testament to his character. I’ve no doubt that he will have a hugely successful career with Hamilton and represent his family and the people of Limerick with pride & passion on an international stage.”