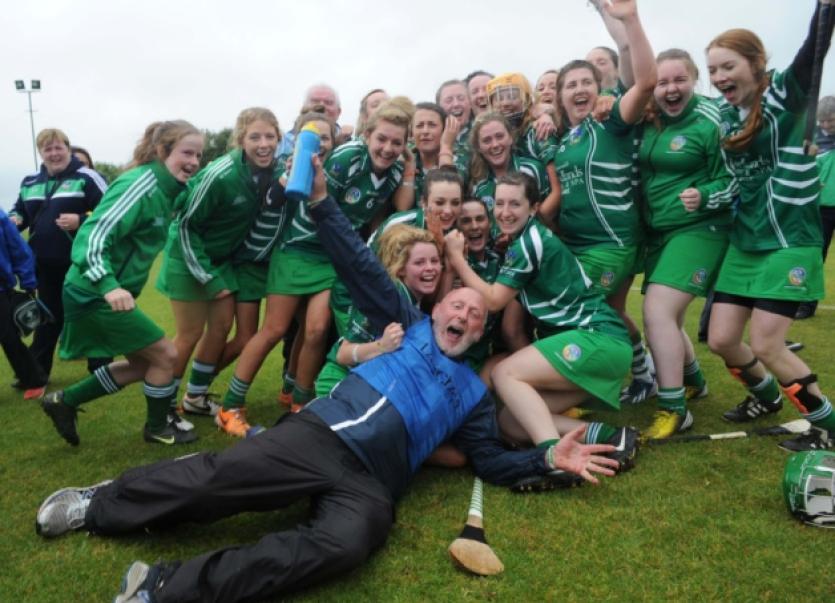 LIMERICK claimed the All Ireland Junior ‘A’ Camogie title in Moneygall on Sunday when they beat Carlow by 2-8 to 1-6.

LIMERICK claimed the All Ireland Junior ‘A’ Camogie title in Moneygall on Sunday when they beat Carlow by 2-8 to 1-6.

Limerick, who will also be represented in the intermediate final on September 14, opened up in the second half with a couple of goals that ensured they had enough in hand to withstand Carlow’s late rally.

The first half was a very low-scoring affair as both teams struggled with the conditions. Eleanor Treacy opened the scoring from a free for Carlow but Catherine Devhal equalised. Marian Doyle and Lisa Scanlon (45) exchanged points, with the latter score coming after a tremendous save by Mary Coady.

The second quarter looked like being completed without any score but a free by Scanlon just before half time left Limerick leading by 0-3 to 0-2 at the break.

Limerick scored the first three points of the second half thanks to Scanlon (two) and Sarah Collins, and when Brid Hannan finished to the Carlow net from close range, Ger Curtin’s girls were flying.

Marguerite McCarthy was sent off late on for the victors after receiving a second yellow card. Quirke squeezed a shot from a free to the Limerick net and pointed a 45 but it was too little, too late.

For more on this game, see the weekend print edition of the Limerick Leader