Munster new boy Copeland says he must prove himself 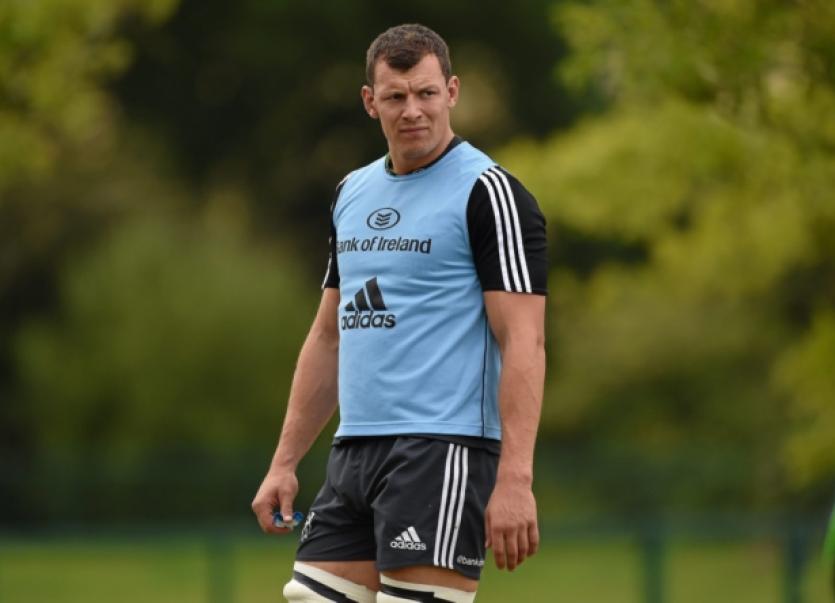 NEW Munster back-row Robin Copeland believes he has to prove himself to his team mates and the province’s supporters, despite producing a string of top class displays for both Cardiff Blues and more recently Emerging Ireland.

NEW Munster back-row Robin Copeland believes he has to prove himself to his team mates and the province’s supporters, despite producing a string of top class displays for both Cardiff Blues and more recently Emerging Ireland.

Munster continue their preparations for the new Guinness PRO12 season when locking horns with London Irish in the second of their two pre-season friendlies at Waterford RSC this Friday night, 7.30pm.

Munster will be aiming to bounce back from their weekend defeat to Gloucester when an experimental side suffered a 45-8 reverse at Kingsholm.

Back-row Copeland, who is set to make his Munster debut in the coming weeks, admitted a big season lies ahead for both him personally and the province as a whole.

Copeland said: “It is a big season for me and the club. Obviously, I need to hit the ground running, new players around me and I need to prove myself to everyone here and the fans as well.

“It is a big year for me and then, as a team, it is Munster Rugby, everyone expects big things every year. We have a lot to live up to and I am looking forward to being part of it.”

“I am settling in well. It does take a while to get used to new surroundings. Everything is very different here to how things were in Cardiff, new people, new coaches, new systems. I am getting my head around it now and feeling pretty good about how things are going.

“The Nations Cup tournament with Ireland was brilliant. To be able to get to know a few of the lads and be able to ask them what will be expected of me when I come here to Munster, that has all helped a lot.”

Munster host Edinburgh in their opening Guinness PRO12 fixture of the new season at Thomond Park on Friday, September 5 at 7.35pm.