Munster new boy Smith aims to get off to a flier 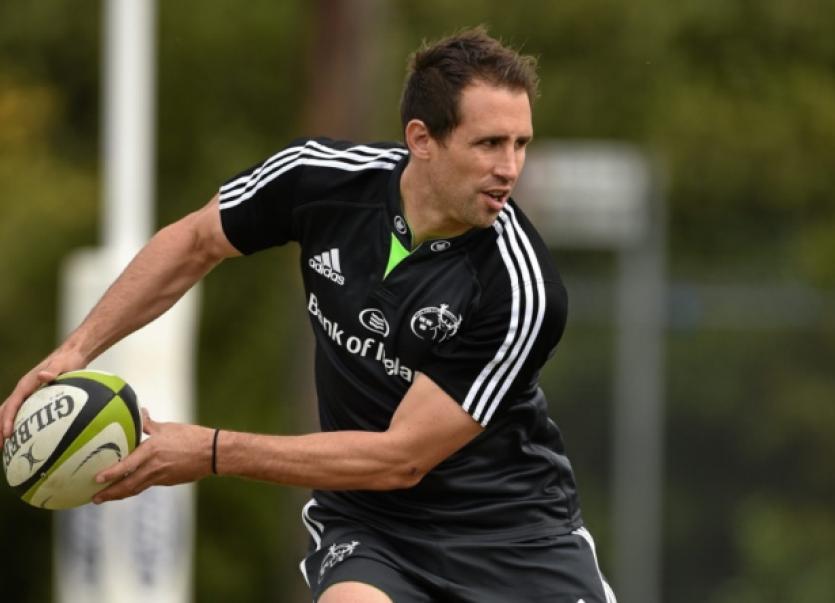 NEW Munster centre Andrew Smith is hoping to hit the ground running as the province cranks up pre-season preparations.

NEW Munster centre Andrew Smith is hoping to hit the ground running as the province cranks up pre-season preparations.

Anthony Foley’s side will be looking to bounce back from weekend defeat to Gloucester when an experimental Munster side shipped a heavy defeat at Kingsholm.

The start of the competitive season is just 10 days away with Edinburgh visiting Thomond Park for the opening round of the Guinness PRO12 on Friday, September 5.

With the recent departure of both Casey Laulala and James Downey - the first choice centre partnership for the province last season - and Keith Earls set to miss the start of the season with a knee injury, the new-look Munster management team may well look to the experienced Smith to fill a midfield role through the early weeks of the season.

The 29-year-old centre joined the province from the ACT Brumbies where he played 50 Super Rugby games.

Smith said: “I am really enjoying it at Munster.. It’s been good to just get here and settle in. It is good to have a few weeks to get to know the boys before the season starts, learn some game plans and structures, the way we play.

“Munster is a really well known and respected club around the world. To be given the opportunity was really exciting for me. I am really excited and looking forward to it.”

“I have heard a lot about Thomond Park and seen footage of it. It looks like an amazing place to play with really good fans. I can’t wait to experience it.

“I will bring a bit experience and a physical element to my game. If I can bring that I will be happy.

“I will hopefully get to play on Friday night. I have had a few weeks off now, so if I can play this Friday that will be good.”