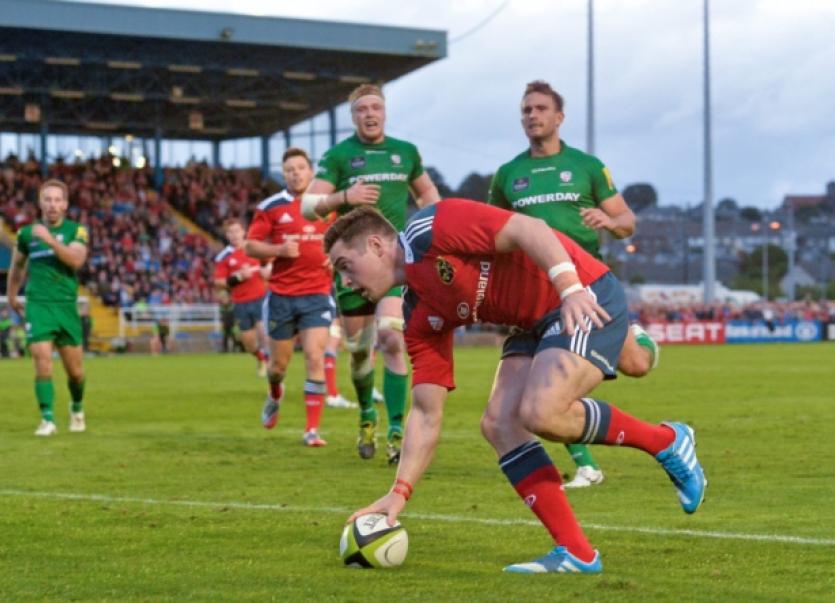 MUNSTER received a timely boost ahead of the start of the Guinness PRO12 on Friday next with a deserved 17-5 win over London Irish at Waterford RSC.

MUNSTER received a timely boost ahead of the start of the Guinness PRO12 on Friday next with a deserved 17-5 win over London Irish at Waterford RSC.

Tries in either half from Ronan O’Mahony and Duncan Williams helped Anthony Foley record his first success as Munster head coach before a sell-out attendance.

Munster face Edinburgh in their opening Guinness PRO12 fixture of the season at Thomond Park on Friday next, September 5, at 7.30pm.

Ronan O’Mahony opened the scoring in the final minutes of the first half at the Waterford RSC with a fine try, which Johnny Holland converted. Visitors London Irish quickly replied with an Alex Lewington try in the opposite corner. The missed conversion from Myles Dorrian left it 7-5 at half-time.

In the second half replacement scrumhalf Duncan Williams claimed a try off the back of the ruck after 59 minutes & Holland added the extras to extent the lead to 8 points.

The final score came from the boot of Holland who added a penalty after 68 minutes.