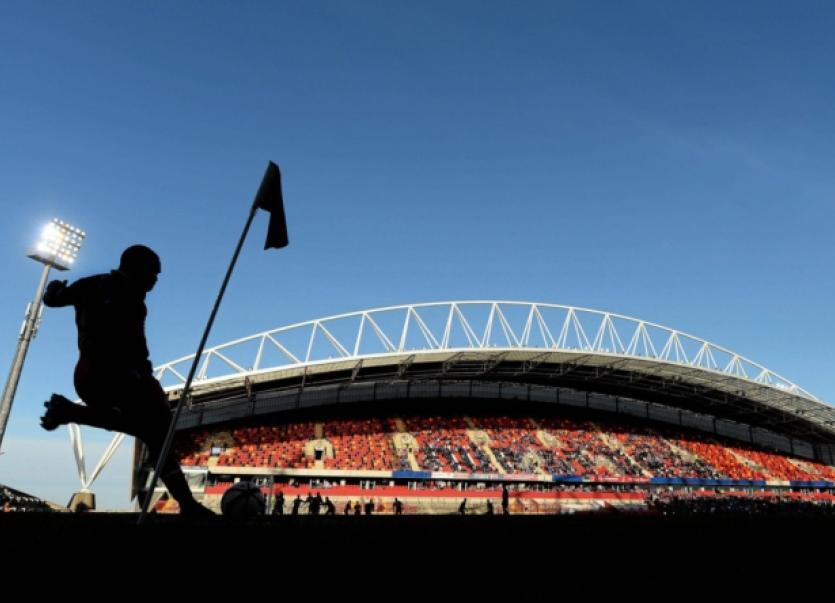 LIMERICK FC slumped to their second disappointing home defeat in the space of four days when Martin Russell’s side suffered a 3-0 reverse at the hands of Drogheda United in their Premier Division tie at Thomond Park this Friday night.

LIMERICK FC slumped to their second disappointing home defeat in the space of four days when Martin Russell’s side suffered a 3-0 reverse at the hands of Drogheda United in their Premier Division tie at Thomond Park this Friday night.

Quick-fire second-half goals from Michael Daly and Gavan Holohan set Drogheda on their way to victory over the Blues who lost 4-0 to Derry City at the same venue on Monday night.

The defeat sees Limerick drop to eighth place in the top flight table, ahead of their visit to second-from-bottom UCD at Belfield on Friday next, 7.45pm.

Although Drogs started the brighter but it was Limerick who had the first opening when captain Shane Duggan broke into the box, Micheál Schlingermann doing just enough to divert his shot into the side-netting.

The Co Louth side struck the woodwork past the half-hour as Gary O’Neill’s good work gave Cathal Brady the opportunity, the winger seeing his low effort hit the post and go wide.

On half-time, Limerick’s Jack Doherty found Lee J Lynch in behind the visiting defence but the ‘keeper quickly came out to save at his feet.

Drogheda again began the better in the second half and Brady this time saw his low shot well stopped by Barry Ryan, before a Daly cross was headed wide by O’Neill.

But the Louth men did make the breakthrough just past the hour, Daly’s strike taking a huge deflection off Holohan that saw the ball loop over the helpless Ryan.

That lead was soon doubled and there was no doubting the scorer this time as Brady fed Holohan who drilled in from close range.

And the third came six minutes from time when Brady coolly finished after bursting past his men inside the box, as Drogheda made it three wins from three in the last two seasons at Thomond Park.