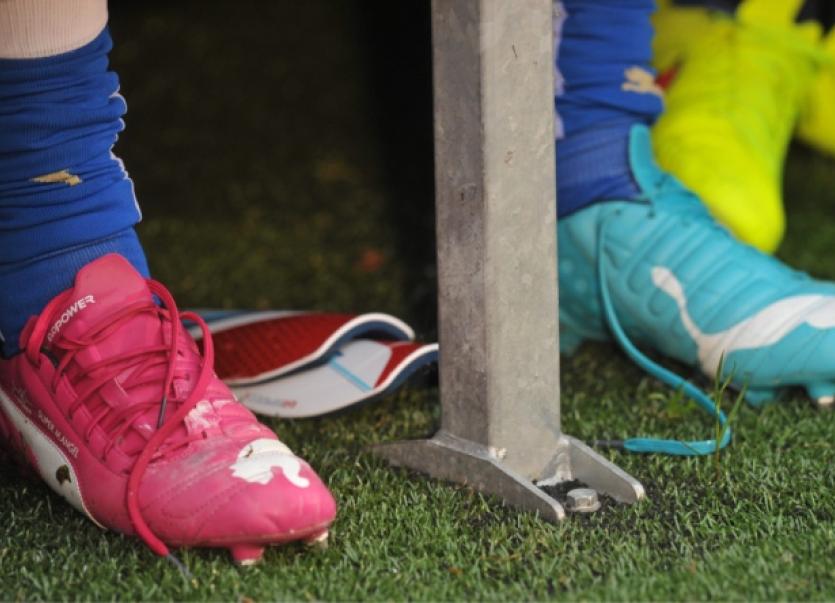 However, there was disappointment for the Limerick Desmond Schoolboy League side which suffered a 4-2 defeat to the Carlow League in their opening pool fixture.

The Limerick and District Schoolboy League, semi-finalists in the competition last year, opened their Group 6 campaign with a 3-1 win over the Clare league.

The Limerick County side began with a impressive 3-0 win over the South Dublin Schoolboy League.

The UMBRO Kennedy Cup is played between Leagues in UL each June when teams representing all 32 Leagues compete over an entire week with additional competitions for those teams which do not advance in the Kennedy Cup itself.

The Limerick District Schoolboy League face Donegal in their second Group 6 fixture at 12.30pm, while they complete their pool fixtures against Athlone at 6pm this Tuesday.

The Limerick County Schoolboy League face the Sligo/Leitrim League at 10.30am this Tuesday morning, before taking on the Kilkenny League at 4pm.

The Limerick Desmond side face holders, the Dublin and District Schoolboy League, at 12.30pm this Tuesday, before completing their group Group 8 fixtures against Wicklow at 6pm.

The winners of the eight pools will go forward to contest the quarter-finals of the Kennedy Cup at 1pm tomorrow, Wednesday.

The remaining sides will contest trophy, shield and bowl quarter-finals.