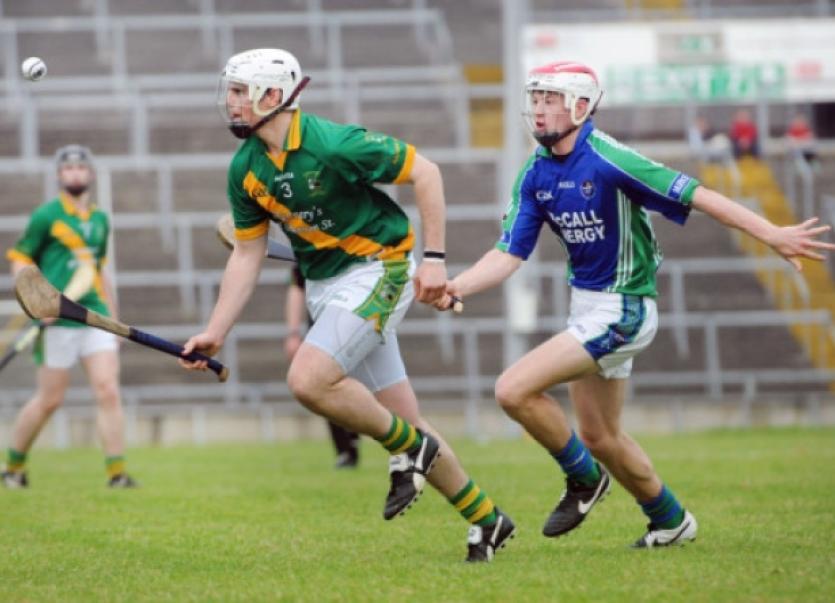 THE Limerick SHC continued last weekend with round three of the five in the group stages of the new-look club hurling championship.

THE Limerick SHC continued last weekend with round three of the five in the group stages of the new-look club hurling championship.

Jerome O’Connell ranked the Limerick senior hurling clubs from 1-12 ahead of the start of the championship and now updates the list ahead the break until August 14-17 for the inter-county championships.

The champions remain the team to beat. Although they haven’t set the world alright just yet, there is no arguing with three wins from three. They are now bolstered by the return of Adrian Breen from injury. Their second string is also flying and next Tuesday play in the county junior A league final. They can only get better when all players are free from inter-county activity at the business end of the club season.

The Balbec looked sluggish in the round one loss to Na Piarsaigh but have bounced back to hit 1-21 (Granagh-Ballingarry) and 0-23 (Ballybrown) in successive victories. They continue with O’Loughlin brothers Mark and Philip at the heart of their defence and with inter-county wing back Gavin O’Mahony in attack.

Along with champions Na Piarsaigh, Doon are the only other side with three wins. Although they are winning they will know that there is more in their side. They will also be concerned by the concession of late scores. Against Ahane they were 13-points clear with 12-minutes to go and ended up conceding 1-4 in the final minutes. Last weekend they were eight points clear of Patrickswell with five minutes to play and were hit for 2-2. They will be hoping an injury to captain Mike Fitzgerald is not long-term.

The finalists of the last two seasons looked ultra confident and experienced in their 14-point over Knockainey last Saturday. They held Knockainey’s challenge at bay and then hit for scores at crucial times. They also had the class to pour on the scores when their opponents were fading near the end. Ahane and Patrickswell are still to come for a side that have injuries to Conor Fitzgerald and Liam Costello but have Jody Hannon and Donncha Sheehan back in action.

The roll of honour leaders came with late flurry of scores to deny Murroe-Boher last Friday. Games against Adare and Knockainey will now determine their destination but they are back in a good position to make the knockout phase. Consistency is now the quest for Dave Cuddy’s side.

6. South Liberties (down one place)

After a good start to the champions South Liberties faltered last Saturday against Granagh-Ballingarry. They are now tied with three teams (Effin, Ballybrown and Granagh-Ballingarry) in the battle for the third spot in their group. To Liberties’ advantage is their current positive scoring average. The next game against Ballybrown will tell a lot.

The Well looked in all sorts of trouble for long periods of their game against Doon. They had some unusual selection choices and now have an injury to Seanie O’Brien. Defenders Tom Nolan and Eoin Foley didn’t feature against Doon. Remaining games are against Murroe-Boher and Adare and two wins will be needed.

The Clarina men are locked in a four way battle for third spot in their group but are certainly yet to show any spark. They have hit just one goal in their three encounters to-date. Next day out is against South Liberties and only a win will prolong their championship aspirations.

The east Limerick men put themselves in position to beat Ahane last weekend but faded in the final quarter when only hitting one point in the final 17-minutes. Winning against Patrickswell in the next round is now essential if they are to harbour any hopes of advancing to the quarter finals.

The south Limerick men asked big questions of champions Na Piarsaigh but were denied by late scores. A quarter-final place is still possible but could require favourable results elsewhere. They should have Darren Sheehy back for their run-in with a local derby against Kilmallock next and then a big clash with Granagh-Ballingarry in the final round.

The west Limerick men were 1-18 to 2-13 winners over South Liberties for their first win of the championship. They champions Na Piarsaigh up next and then Effin to finish. They need to build on the performance against Liberties when they had Denis O’Connor and Niall Kennedy in fine form.

The only side without a win in the championship after three rounds of action. They have amassed just 3-28 to-date and while they have battled gamely will face an uphill struggle to avoid relegation as the bottom team in each group drop down. They simply must beat Doon in their next round or will play in the Premier IHC next season.