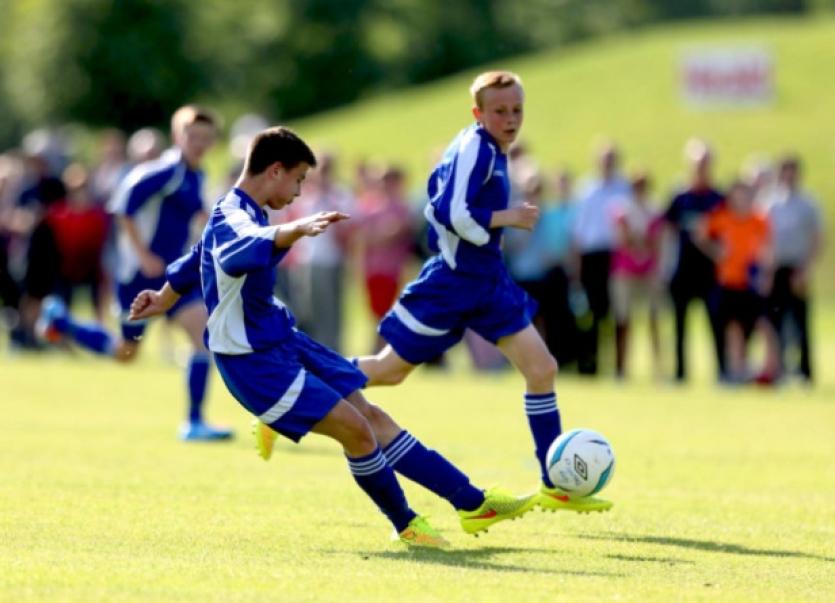 LIMERICK and District Schoolboy League (LDSL) will face Kildare in the third and fourth place play-off in the Kennedy Cup at UL this Friday after losing their semi-final clash with Waterford.

LIMERICK and District Schoolboy League (LDSL) will face Kildare in the third and fourth place play-off in the Kennedy Cup at UL this Friday after losing their semi-final clash with Waterford.

As a result, the LDSL will take on a Kildare side, beaten by holders, the DDSL, in the third-place play-off at UL this Friday at 11.45am.

The LDSL, who finished fourth in the Kennedy Cup 12 months ago, must go back to 2000 to their last win in the prestigious inter-league U-14 soccer competition which features 32 sides.

A total of 96 matches are played over five days in the annual Kennedy Cup competition. The final of the Kennedy Cup between the DDSL and Waterford will take place at the UL Bowl at 2pm this Friday.