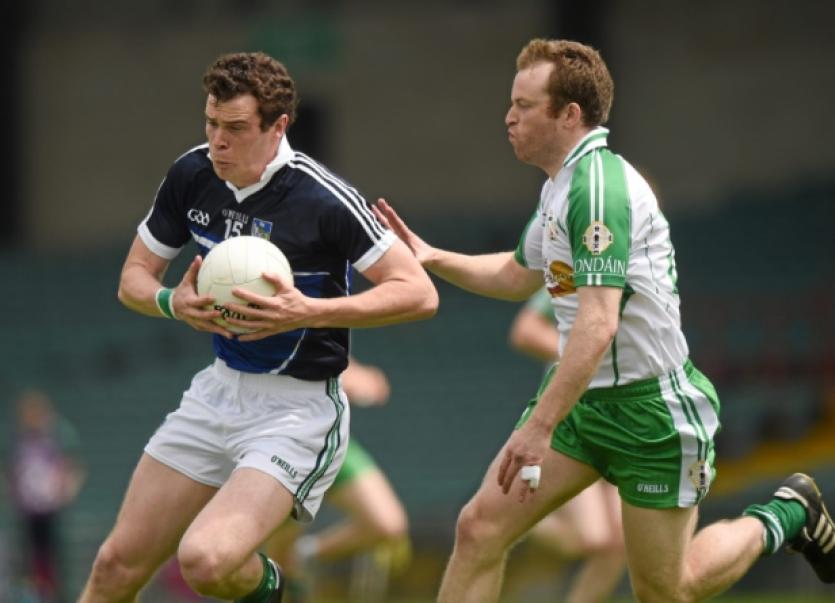 THE Limerick senior footballers have advanced to the second round of the All Ireland SFC Qualifiers after a severe test from London.

THE Limerick senior footballers have advanced to the second round of the All Ireland SFC Qualifiers after a severe test from London.

In the Gaelic Grounds this Saturday afternoon it finished 1-16 to 1-13.

Limerick advance to round two on July 5 against one of the losing provincial semi-finalists; Donegal/Antrim, Dublin/Wexford, Sligo or Tipperary, although is is thought that repeat pairings would be avaoided.

London led 1-11 to 0-12 entering the final quarter but John Brudair’s Limerick came back strongly in the end.

It was 1-13 each with five minutes to play but late scores sealed the nervy Limerick win in front of just 607 spectators.

The home side had made all the early running but found it hard to break down a packed London rearguard.

Ian Ryan and John Galvin had those opening Limerick points.

Debutantes Killian Phair and Danny Neville were along this scoring streak as well as goalkeeper Brian Scanlon (free).

But London then came to life with three points in a row.

Indeed they were to out score Limerick 0-5 to 0-3 in the final eight minutes of the half.

The start of the second half was all London and they kicked 1-4 without reply to go 1-10 to 0-11 ahead for first time.

An Ian Ryan free had Limerick off the mark in the 12th minute of the half. Inspired by goalscroer Damien Dunleavy, London kept pouring forward and held the lead until the 57th minute.

That’s when Gearoid Hegarty had the all-important Limerick goal.

But London had two points in replay to level up the contest with five to play.

But goalkeeper Brian Scanlon and Ian Ryan had Limerick frees to ease the tension.

Then in injury time Ryan capped a fine individual performance with his fifth score from play.