Limerick footballers turn attention to Tipperary in the championship 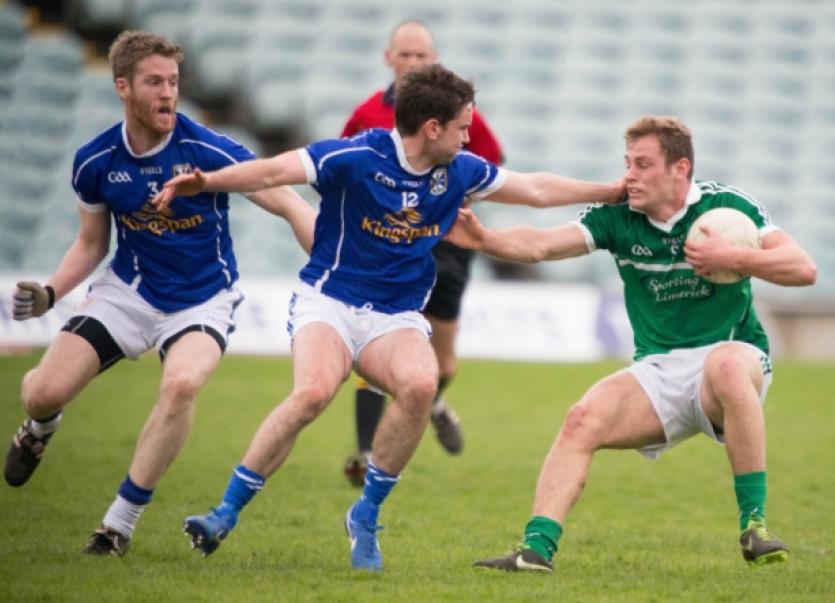 LIMERICK football manager John Brudair has challenged his players to “put their hands up” for championship places.

LIMERICK football manager John Brudair has challenged his players to “put their hands up” for championship places.

Saturday’s defeat to Cavan in the final round of the league leaves Limerick without a competitive game until the May 31 Munster championship clash with Tipperary in the Gaelic Grounds.

Brudair used 33 players in the seven league games but now wants his panel to fight for championship spots.

“We would be hoping that over the next eight weeks more will put their hand up. We need another three or four to really challenge hard for places - there are a few fellas who haven’t been on the panel to-date and may come back,” said Brudair.

“We would be hoping that more fellas outside the 26 will step up in the coming weeks.”

Overall Brudair was happy with the outing against Cavan.

“I was very happy with that game to be honest. It was a dead-rubber at times and I wondered if the lads would put in the effort but I thought there was a huge work rate there today. Cavan came as well and played at a good intensity - it’s great preparation for the championship,” said Brudair.

“The lads are seriously tired after that - they had to work very hard. The one thing you are guaranteed against a northern team is that you are going to get real honest work rate and if you don’t match that you will be over ran - a bit like happened us against Fermanagh and today we wanted to make sure that didn’t happen. I think Cavan really got a good battle there today,” said the manager.

“I would be very disappointed with performances against Roscommon and Fermanagh - when we were out of the games after 15-minutes. At least today we were very competitive right up to the end and that is what you would be hoping for against the teams that are supposed to be better than you.”

He continued: “To stay in the game for so long and to get more fellas some experience of league football is great. Overall I was very satisfied with the days work but we have to get more clinical in front of goals - that is going to kill us come championship time,” he said in reference to 15 wides.

“At least we are creating chances and for the next eight weeks we can try and correct that,” said the new manager.

The National Football League saw Limerick consolidate their place in Division Three. After promotion and relegations were confirmed, Limerick will opposition in 2015 from Armagh, Louth, Tipperary, Clare, Fermanagh, Sligo and Wexford.