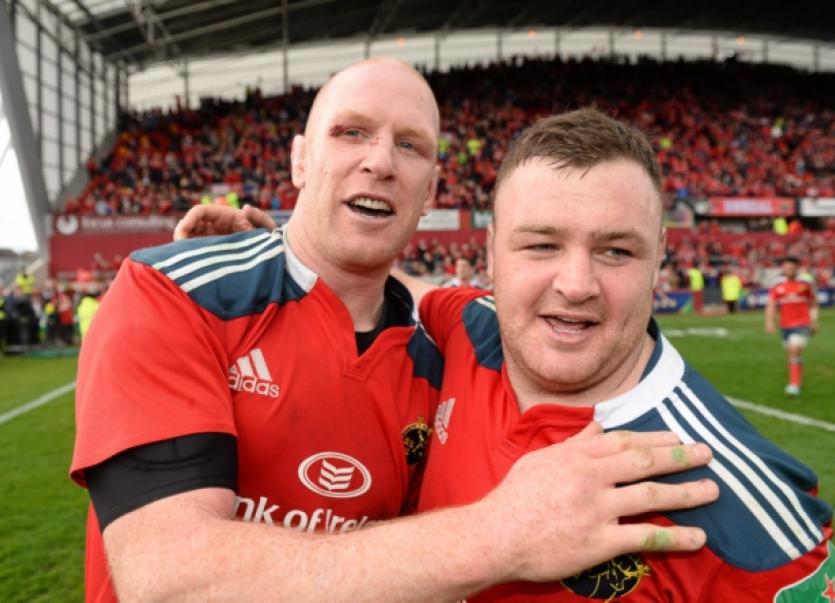 MUNSTER head coach,Rob Penney remains confident centre Casey Laulala will be available for the province’s mammoth Heineken Cup semi-final against Toulon, despite breaking a bone in his hand in their weekend quarter-final win.

MUNSTER head coach,Rob Penney remains confident centre Casey Laulala will be available for the province’s mammoth Heineken Cup semi-final against Toulon, despite breaking a bone in his hand in their weekend quarter-final win.

And in another potential boost for Munster ahead of that trip to Marseille on Sunday, April 27, coach Penney said he was ‘very hopeful’ second row Donnacha Ryan would also be available for selection.

Munster will learn later today whether team captain Peter O’Mahony has a chance of being fit for the Heineken Cup clash in France, following his visit to a specialist yesterday concerning his shoulder injury. Speaking at a squad training session at UL yesterday, Penney said: “We won’t know with Peter (O’Mahony) until tomorrow (Wednesday) when the specialists sees the report. Peter has been at scans and medical and those sort of things. We will see what happens in the next 24 hours and see how bad it is. We will react to the outcome of the medical and specialists reports.

“Casey (Laulala) is in plaster for 10 days and should be right in a couple of weeks (for the semi-final). You always have to be very cautious when you get the news from the medics about a fracture. The news was that it was very similar to what James Downey suffered last year at a similar time and he was able to come through the have no repercussions from his issues. Once we learned that we were very hopeful it would be positive and so it worked out.”

Munster return to action in the RaboDirect PRO12 this Saturday when hosting Glasgow Warriors at Thomond Park, 6.30pm.

Penney, who is likely to make several changes to his starting line-up for the game, said the challenge facing the players was to be back up their 47-23 demolition of Toulouse.

“It is always a bit challenging, but the lads have been great,” Penney said. There are a few guys obviously missing from training which requires other people to step into the void and create the enthusiasm and excitement heading into a massive game for us this weekend. The Glasgow game will obviously be very tough. The challenge for the boys is to be able to back up on the back of a good performance.”