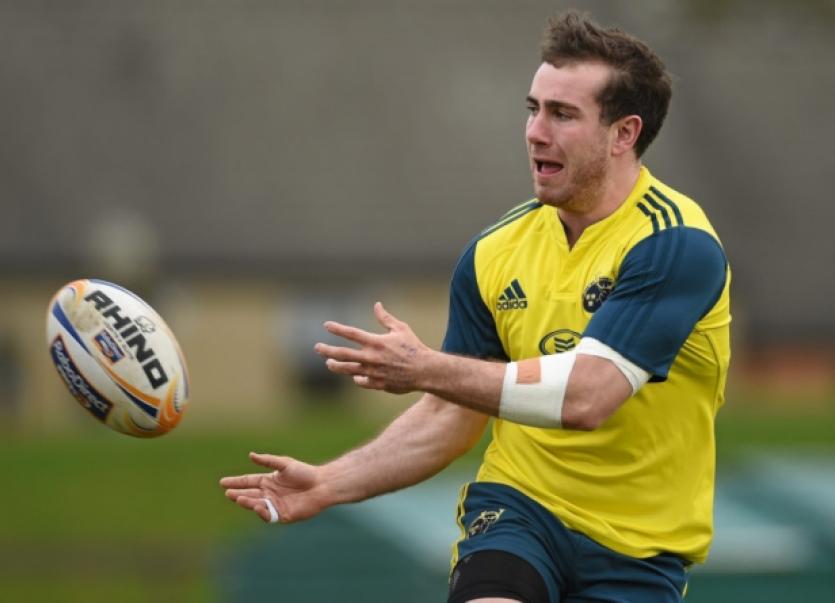 MUNSTER utility back JJ Hanrahan believes the manner in which younger squad members have fronted up this season has been a key factor in allowing the province contend for silverware on two fronts.

MUNSTER utility back JJ Hanrahan believes the manner in which younger squad members have fronted up this season has been a key factor in allowing the province contend for silverware on two fronts.

Inconsistency last season cost Munster a place in the RaboDirect PRO12 play-offs. However, Munster are currently sitting second in the PRO12 table with just four fixtures to go, beginning with a crucial tie against fourth-placed Glasgow at Thomond Park this Saturday, 6.30pm.

And of course of course Rob Penney’s men are also looking forward to a titanic Heineken Cup semi-final showdown with Toulon in Marseille on Sunday, April 27.

Hanrahan, who can play in the centre as well as out-half, believes Munster were in a transition period last season.

“Last season was slow. It was a transition period for us,” Hanrahan said.

“We still got to the Heineken Cup semi-final last season. A few of the older lads left and I suppose the younger lads felt they really had to step up. In fact last year - and I have no problem saying it - you had the international guys coming back playing Heineken Cup who were doing really well and the Rabo lads kinda let the team down when the big boys were away. This season we put a big emphasis on that - we wanted to be strong on both sides of the ball when the internationals were away and when they were back. That was a good thing the younger fellas wanted to drive on this season.”

While Munster supporters are still basking in the glory of last weekend’s Heineken Cup drubbing of Toulouse, Hanrahan and his team mates have switched their focus to this Saturday’s clash with the Warriors.

Hanrahan said; “Glasgow are a great side and it is very tight. They have a game in hand and are not far behind us in the table. If they beat us this weekend, it puts us in a bit of trouble and lessens our chances of a home semi-final. That is what we are really looking for. It would be great to push to first of course, but you never know. It’s one game at a time. This weekend’s game is massive for us.”

Hanrahan said this weekend’s clash with Glasgow and the tie with Connacht on Easter Saturday would again allow players boost their claims for inclusion in the match-day squad to face Toulon.

Hanrahan said: “I think there is always places to be played for. It hasn’t been mentioned or anything. As soon as anyone gets an opportunity in a Munster jersey, you are trying to do your best, put the pressure on the guy in front of you. That goes throughout the squad, from 1-47 or whatever number of players we have. I think that is what creates a good squad mentality and what makes the players in the number one jersey even better. That is what we need, competition throughout the squad and keep it going like that.”