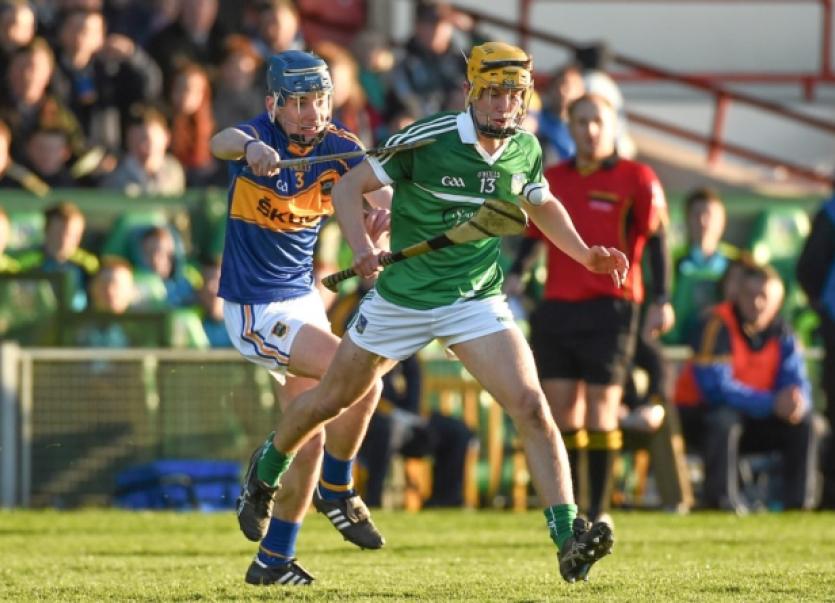 THE Limerick minor hurlers opened the defence of their Munster title with an impressive 3-17 to 2-11 win over Tipperary this Thursday night in the Gaelic Grounds.

THE Limerick minor hurlers opened the defence of their Munster title with an impressive 3-17 to 2-11 win over Tipperary this Thursday night in the Gaelic Grounds.

With 10 survivors that played in Croke Park last Summer in the All Ireland semi final loss to Galway, Limerick were hot 1/2 favourites to win this quarter-final and justified the tag with a work-man-like performance.

Next up for Brian Ryan’s side is a Munster championship semi-final with Cork in the Gaelic Grounds in late June.

Limerick were 0-3 up inside four minutes with Captain Cian Lynch leading the way with the first score.

A long range Ronan Lynch free and a fine Colin Ryan score had it 0-8 to 0-4 with 13-minutes to the interval.

A strong finish to the half saw points from Barry Nash and two from Colin Ryan help Limerick to a six point half time lead.

Limerick got the perfect start to the second half with a Cian Lynch goal in the third minute.

A goal from Andrew Coffey and a further Ryan point had the lead down to a single point with 15-minutes to play.

But the Limerick response was impressive and Barry Nash hit two twos to seal the.

His first came in the 45th minute and the second in the final minute of the game.

Limerick finished strongly with 1-4 to Tipperary’s 0-1 in the final 10-minutes.