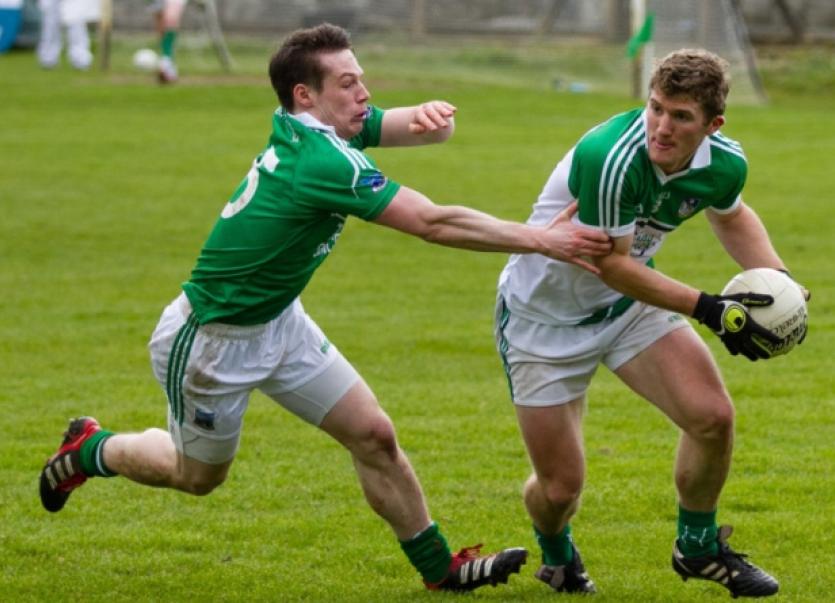 While the county hurlers have been castigated for failing to win promotion, consolidation of Division Three status signals a job well done for the new-look football panel.

Especially when one considers that Limerick are under new management and very much set out to find new talent.

Limerick used a remarkable 34 players during their seven game campaign.

All bar three of their panel got game time.

A total of 14 players saw league action for the first time with Limerick.

Just Johnny McCarthy and Paudie Browne played in every minute of every game.

The vast numbers of played used presents a welcome selection headache for manager Brudair and selectors Declan Brouder and Mike Fahy in terms of their championship panel and ultimately the line-up against Tipperary on May 31.

On top of the current 37-man panel are a number of notable absentees.

It appears that Andrew Lane is the only player to officially confirm his inter-county retirement.

But there are another five players with inter-county championship experience that aren’t part of the current plans.

“We would be hoping that over the next eight weeks more will put their hand up. We need another three or four to really challenge hard for places - there are a few fellas who haven’t been on the panel to-date and may come back,” said Brudair.

“We would be hoping that more fellas outside the 26 will step up in the coming weeks.”

Limerick certainly didn’t set the world alight in the league in terms of their form.

While they started well against Sligo and Longford, the next three games against Roscommon, Wexford and Fermanagh were poor.

But when the backs were to the wall, Limerick stepped up against both Offaly and Cavan.

Worrying would be the big losses to Roscommon and Fermanagh. When forced onto the backfoot by strong runners Limerick looked most vulnerable.

At the other end of the field, Limerick will need to be more accurate with 15-wides against Cavan.

Limerick set out their stall in the opening rounds to play open attacking football. While battling relegation they often reverted to a defensive formation but by and large appeared to want to avoid and extra defender.

“I would be very disappointed with performances against Roscommon and Fermanagh - when we were out of the games after 15-minutes,” recalled Brudair of the league.

“We have to get more clinical in front of goals - that is going to kill us come championship time. At least we are creating chances and for the next eight weeks we can try and correct that,” said the new manager.

Limerick’s final league standing means that they will get back-to-back season outsider of the basement division.

With all promotion and relegation finalised, Limerick’s opposition in next season’s NFL will be provided by Armagh, Louth, Tipperary, Clare, Fermanagh, Sligo and Wexford.

With distance notable with five counties, the fixture list of home and away games will be key.