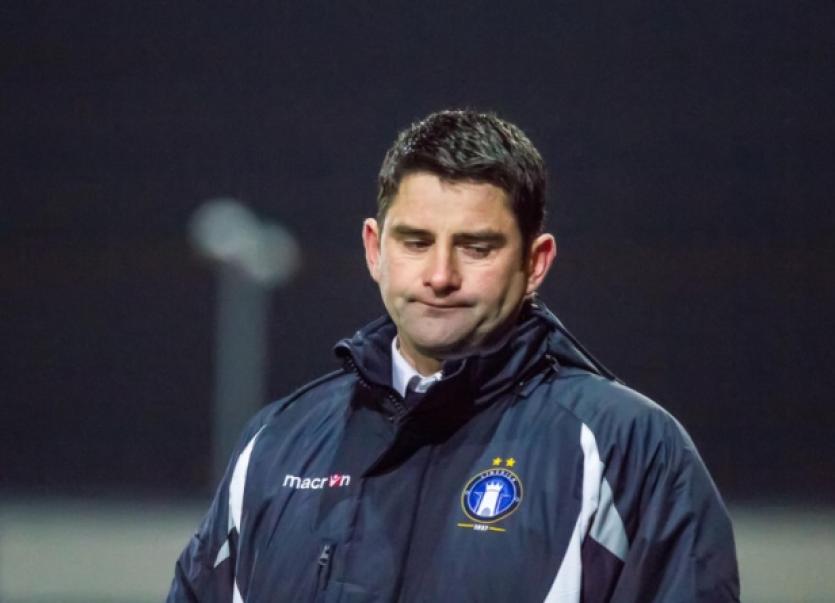 LIMERICK FC travel to Dalymount Park this Friday night with Bohemains the opposition as Stuart Taylor’s side bid to end five Premier Division games without a win.

LIMERICK FC travel to Dalymount Park this Friday night with Bohemains the opposition as Stuart Taylor’s side bid to end five Premier Division games without a win.

Then on Sunday (3.00), Limerick will travel to Turners Cross to play Rockmount in the semi-final of the Munster Senior Cup.

Douglas Hall – who defeated Cork City in the last four – awaiting the winners in the decider.

Manager Stuart Taylor remains confident in his players to get back to winning ways.

“It’s not as good a start as we would have all liked, but we’ve got points on the board, we’re getting players back fit now. Is there room for improvement? Of course there is. But we’re still very, very early in the season,” said Taylor at this Tuesday’s media briefing in the Clarion Hotel.

The draw with UCD can be the launchpad according to the managers.

“We should have won it. We created enough chances to win it. I think it was so one-sided at one point, without being biased. The players were absolutely fantastic in the way they went about their work and how they controlled the game. We just need to turn those chances into goals. We did very well. I think we started slowly in the first 10-15 minutes of the game but it was a great reaction from the players when UCD hit the post. The players realised that they weren’t doing enough and I thought their reaction was brilliant. We absolutely dominated the game after that, we controlled possession of the ball and when we didn’t have it we won it back pretty comfortably.”