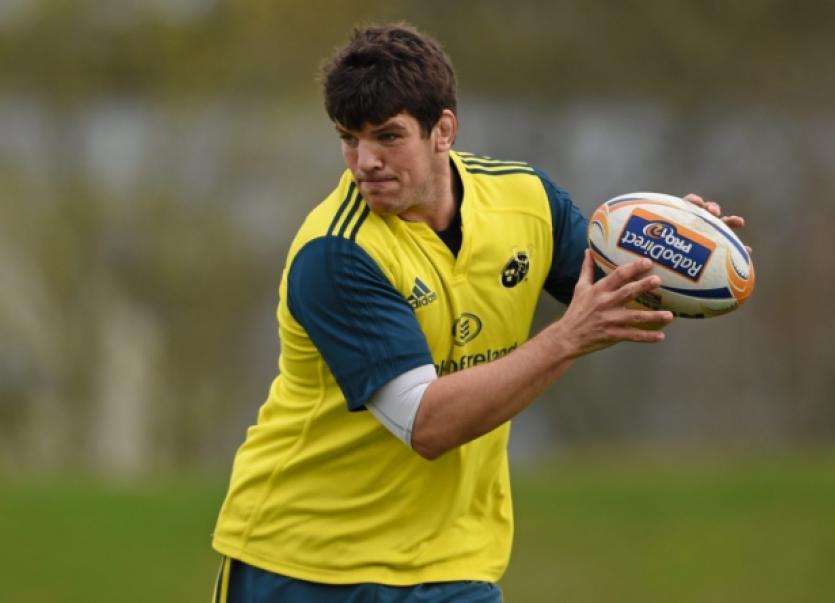 MUNSTER head coach Rob Penney has made seven changes from the side that hammered Toulouse for this Saturday’s RaboDirect PRO12 clash with Glasgow Warriors at Thomond Park, 6.30pm.

MUNSTER head coach Rob Penney has made seven changes from the side that hammered Toulouse for this Saturday’s RaboDirect PRO12 clash with Glasgow Warriors at Thomond Park, 6.30pm.

Number eight James Coughlan will captain the side in the absence of Peter O’Mahony who has been ruled out for the rest of the season following reconstructive shoulder surgery earlier this week.

BJ Botha is the only front row member to retain his starting place, and will pack down alongside Shannon’s Duncan Casey at hooker and John Ryan at loose head.

Following on from his man of the match display against Toulouse, CJ Stander starts this week, Sean Dougall returns at open-side.

JJ Hanrahan joins Murray in the half back partnership while the back line sees Keith Earls move to outside centre in the absence of Casey Laulala who continues to recuperate after sustaining a fractured bone in his right hand against Toulouse.

Gerhard van den Heever takes Earls’ position on the wing, the South African flyer hoping to add to his tally of two tries in six matches in the RaboDirect PRO12.

Munster also include a wealth of experience on the bench that includes four of last weekend’s match day team.

Meanwhile, head coach Penney spoke of the importance of squad captain O’Mahony’s involvement in squad affairs for the remainder of the season.

Penney said: “Peter has an important role still to play, he’ll do some analysis for us and he’ll be supporting the group in behind the scenes with us coaches and the players, helping prepare for the games ahead.

“I spoke to him following the surgery and he was in a buoyant enough mood given the disappointment of the news. Peter is a pragmatic type person so he’s approaching it with a real view of getting himself right for the long term. The surgeon said it was a great success, they had to do a little bit more than they thought, so hopefully now he can start into his rehab. I wouldn’t want to put a time on his return but it will be a protracted length of time and the key now is that he rehabs it well and doesn’t try to fix it too early.”