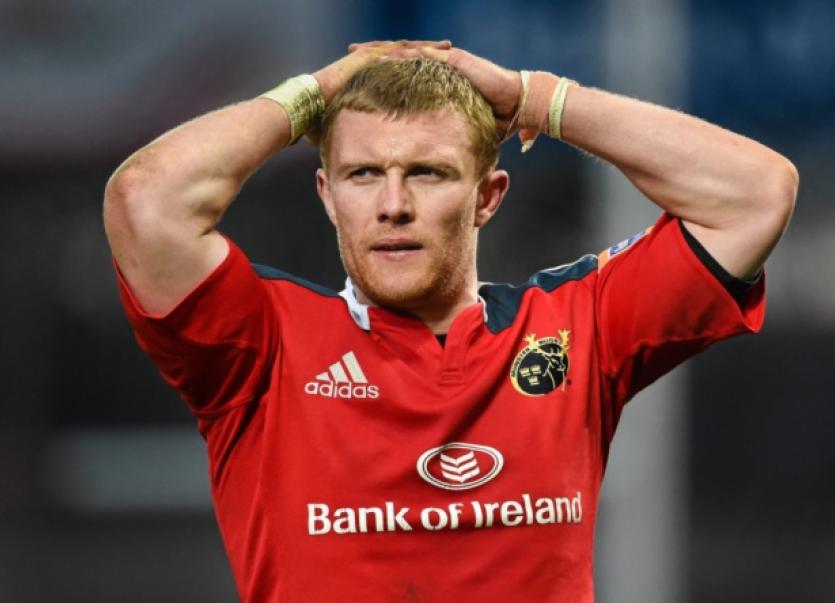 SLUGGISH Munster suffered a serious blow to their RaboDirect PRO12 hopes after stumbling to a disappointing 22-5 defeat to Glasgow Warriors at Thomond Park this Saturday night.

SLUGGISH Munster suffered a serious blow to their RaboDirect PRO12 hopes after stumbling to a disappointing 22-5 defeat to Glasgow Warriors at Thomond Park this Saturday night.

Munster were unrecognisable from the formidable side which put Toulouse to the sword in their Heineken Cup quarter-final win just a week earlier as Glasgow took firm control of the game in the opening half, winning the collisions and bossing the breakdown area.

The Warriors shocked their hosts with three tries in the first-half to build up a commanding 22-5 lead as Jonny Gray, Sean Maitland and Josh Strauss all went over, cancelling out CJ Stander’s reply.

And that is how the game stayed in the second 40 as despite constant pressure from the hosts, Glasgow held on for the famous win - their fourth straight in the RaboDirect PRO12.

Munster lost out-half JJ Hanrahan to a groin injury after 18 minutes and the province’s management team will be hoping the injury doesn’t prove serious with key PRO12 and Heineken Cup games to come.

The defeat sees Munster slip to third place in the PRO12 table, two points off Ulster who occupy the second of the two home play-off spots. Next up for Munster is a crucial clash with Connacht at the Sportsground on Easter Saturday, 6.15pm. There are now just three series of regular season games to come.