Stander and Casey commit to Munster for two more seasons 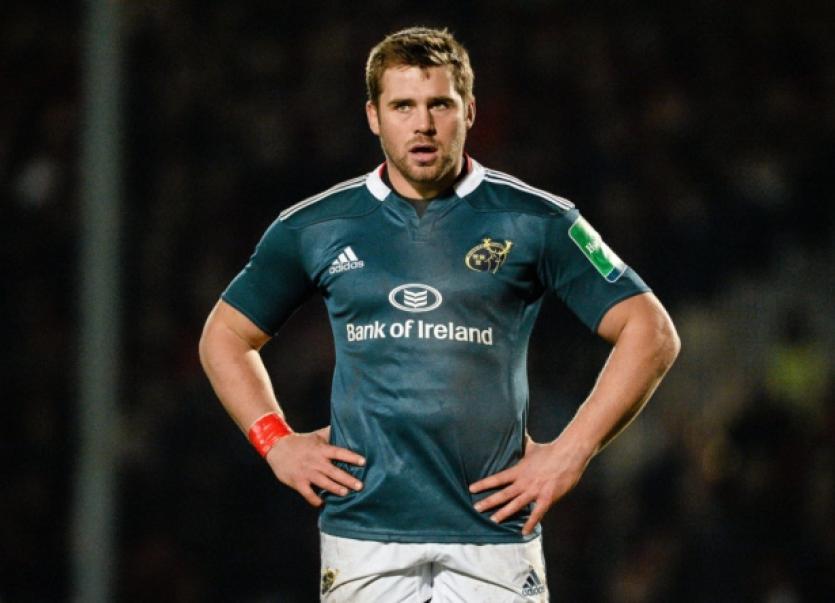 BACK ROW forward CJ Stander and hooker Duncan Casey have signed two-year contract extensions that will see them stay with Munster and the IRFU until at least June 2016.

BACK ROW forward CJ Stander and hooker Duncan Casey have signed two-year contract extensions that will see them stay with Munster and the IRFU until at least June 2016.

South African-born Stander joined Munster in October 2012 from Super Rugby side the Blue Bulls and made his debut as a substitute against Scarlets that November at Musgrave Park. A week later, the powerful back-row unit scored two tries on his first league start against Glasgow Warriors at Thomond Park.

The 23 year old made his Heineken Cup debut against Edinburgh in October 2013 in Murrayfield, and to date he has played 22 times for Munster scoring six tries.

Shannon clubman Duncan Casey is a product of the Munster Rugby academy and is currently contracted as a development hooker. The 23 year old will move to a full senior contract at the end of this season on the back of impressive breakthrough performances this year.

The former Glenstal Abbey student made his debut off the bench against Perpignan in the Heineken Cup at Thomond Park in December and then made his first start against Scarlets in the league at Musgrave Park two weeks later. Casey has made three further appearances off the bench so far this season.

Commenting on the contract extensions, Munster head coach Rob Penney said: “We’ve had a really positive start to 2014 with players committing their future to Munster Rugby and I believe this spurs the younger lads on, knowing what is ahead of them and who will be leading the way.

“We are extremely pleased with CJ’s progress, it’s great that he has recommitted to Munster and that he believes this is the best place for his development. Similarly for Duncan, it bodes well for the future, and his progression is another example of the hard-work that is being carried out at grassroots level.”