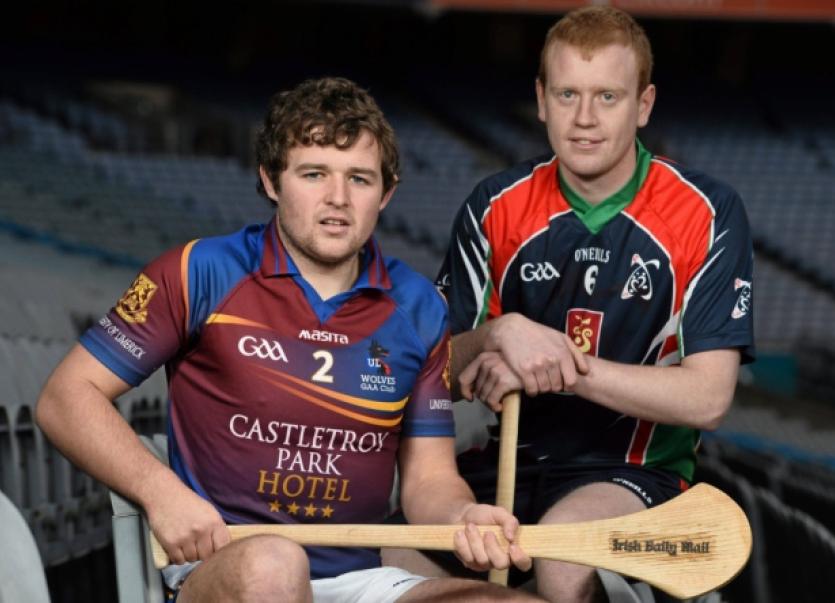 After the heroics of last season when surprise packet Mary Imacculate College reached their first ever final, the University of Limerick are seen as the best hope of local glory this year.

Indeed they are listed as second favourites at 3/1, behind UCC.

The competition will afford an ideal opportunity for some of Limerick’s rising hurling talent to put themselves in the shop window for TJ Ryan and Donal O’Grady.

UL are managed by former Clare All Star full back Brian Lohan.

They will be able to call upon seven Limerickmen.

Key to the UL plans will be Clare All-Ireland winners Podge Collins and Conor Ryan, Tipperary’s Jason Forde and Padraig Walsh of Kilkenny.

UL open their campaign at home to UCD this Friday at 2.30.

Also in this group are Mary Immaculate, who have a bye in round one.

Eamonn Cregan is once again in charge of Mary I and will be assisted by Limerick GAA coach Gavin O’Mahony and Shane Nolan.

Their quest to match last season has been hindered by the absence of the injured Limerick star Declan Hannon.

But they will still have some locals in their starting team.

They have lost a number of last year’s team but Clare’s All-Ireland winning midfielder and All Star Colm Galvin (Clonlara) will lead their charge.

Indeed they only have six players in their panel that started in last year’s Fitzgibbon Cup final loss to UCC.

They have a number of others that are currently attempting to break into their respective county squads - Seamus Kennedy and Niall O’Meara (both Tipperary) and Niall Wynne (Offaly.

Limerick IT travel to Cork IT this Thursday night to begin their quest for a first title since 2007. Also in their group are GMIT.

Davy Fitzgerald is once again at the helm of Limerick IT, who have recently appointed Limerick hurler Paul Browne (Bruff) as their GAA Officer.

LIT will have six Limerickmen in his panel.

Aaron Murphy (Hospital-Herbertstown) and Alan Dempsey (Na Piarsaigh) are the only members of the county set-up involved.

LIT will also be able to call upon Hurler of the Year Tony Kelly and fellow Clare All-Ireland winners; Cathal McInerney and Jamie Shanahan.

Two from each of the four groups of three will progress to the quarter-finals.

The team that finishes top in each group will be guaranteed a home quarter-final as they bid to reach the finals weekend, which is been hosted by Queens University in Belfast this Spring.