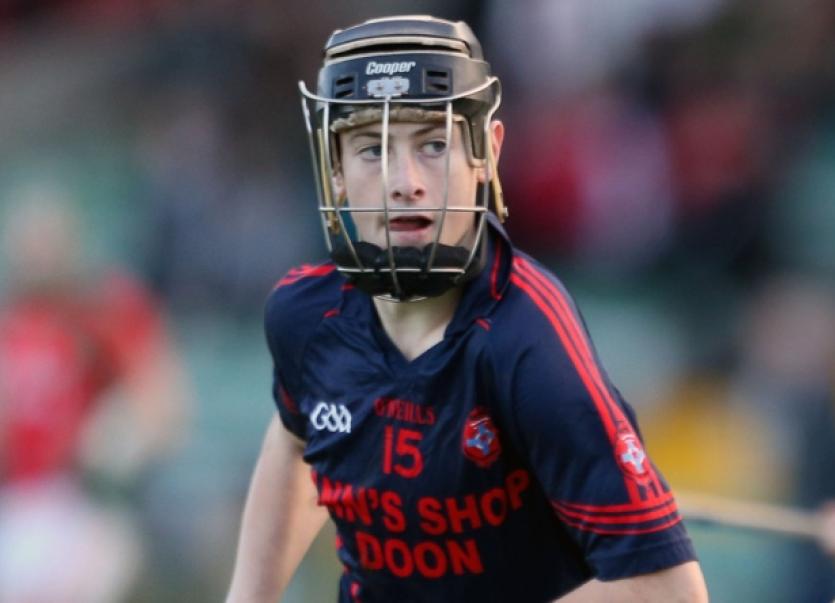 SCOIL Na Trionoide Naofa bid to end an 83-year wait for Doon this Saturday when they play Rochestown in the semi-final of the Harty Cup in Cahir at 12.30.

SCOIL Na Trionoide Naofa bid to end an 83-year wait for Doon this Saturday when they play Rochestown in the semi-final of the Harty Cup in Cahir at 12.30.

On that occasion they lost the final of the Munster senior A colleges hurling championship to Tipperary’s Rockwell College, 6-2 to 1-1.

Doon CBS did reach back-to-back semi-finals in at start of the last decade but this season have gone one step further than recent seasons.

“The lads have really stepped up this year - we brought a few young fellas into the panel this year and everyone has really put the shoulder to the wheel,” said teacher Justin Daly (Pallaskenry-Kildimo), who is joined in management by fellow teachers Diarmuid McCarthy (Glenroe-Ballylanders) and Diarmaid Carr (Golden-Kilfeacle).

The Doon side have played challenge games against Birr and Gort since their quarter-final win over Charleville.

They hope to welcome back Thomas Hayes after injury and he should assume his usual full back role.

That would strengthen their central spine with Stephen Ryan at centre back, Mike Dee and Patrick Cummins in midfield and Fiachra O’Grady and David Buckley in attack.

On top of that, Doon will look to forwards Dean Coleman and Colin Ryan to come up with the vital scores.

“We have seen Rochestown and they are good but we are just hoping that we show up ad click,” said Daly of their opponents, who incidentally are managed by Oola native and former Doon CBS native Derek Fahy.

“I don’t think we have really played our best in any game this season - we have clicked in a few challenge games, so hopefully Saturday will be the day everything goes right.”