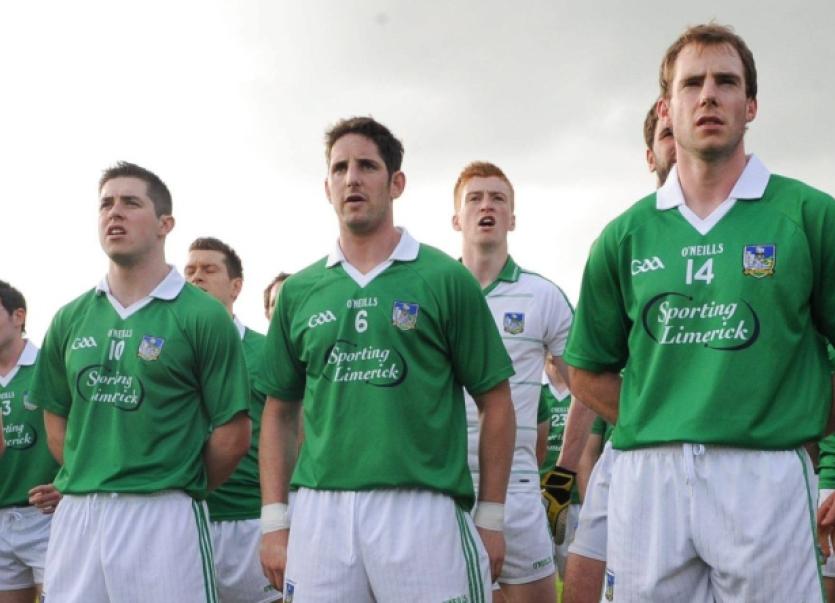 LIMERICK start their National Football League campaign this Sunday when they travel to play Sligo. All seven opponents are profiled here.

LIMERICK start their National Football League campaign this Sunday when they travel to play Sligo. All seven opponents are profiled here.

Sligo had a very bad year in 2013, winning only two of their league games in Division 3 and just avoiding relegation to Division 4.

Things didn’t get any better in the championship. They were famously beaten by London in the Connacht championship and then were well defeated by Derry in the first round of the Qualifiers.

star forward David Kelly is eyeing a return after an ankle operation.

They showed mixed form in the FBD League where they losto Galway, beat GMIT and drew with Leitrim.

The midlanders were relegated from Division Two after failing to win a single game in their first year in the higher grade.

The highlight of 2013 was their Qualifier win over Limerick.

They were beaten by Wexford after extra time in the next round.

They are one of the sides to have a change of manager with former Dublin midfielder Jack Sheehy replacing Kildare’s Glenn Ryan.

Beat Carlow in the O’Byrne Cup but then took a big beating from eventual winners Kildare. One of the county’s that have just three home games and come to Limerick in round two after opening home to Roscommon.

The men from Hyde Park are seen by many of one of the promotion favourites. This is there third successive year in Division 3 and John Evans’ men finished fourth last year, losing just two games.

Unlike previous years they won’t be curtailed by the absence of key players from the St Bridgits club due to All-Ireland commitments.

Like Limerick they didn’t win in the 2013 championship, losing to Mayo and Tyrone. They had a solid pre-season - reaching the FBD League final, where they lost to Leitrim.

Face tough trips north to Fermanagh and Cavan but do have four home games, including Limerick. With Evans now in his second season and more underage talent maturing The Rossies do look a side to beat.

The Breffini men are the longest serving side in Division 3.

Ahead of their sixth season they are buoyant following wins over Armagh, Fermanagh, London and Derry enroute to a 2013 All-Ireland quarter-final loss to Kerry.

That form appears to have continued into 2014 with wins over Antrim, Down and Monaghan in the McKenna Cup.

Their McKenna Cup final against Tyrone was lost to the weather last weekend.

Manager Terry Hyland is also one of the longest serving managers in the division and has underage talent plenty with a hat-trick of Ulster U-21 titles in recent years.

Like Limerick they were promoted from the basement division last season. It is an instant return to Division 3 after relegation in 2012.

Also similar to Limerick they failed to win a game in the 2013 championship - losing to Kildare and Tyrone.

In their pre-season they lost to Laois and Wexford and beat UCD in the O’Byrne Cup.

They don’t appear to have the easiest schedule of league games - away to Wexford and home to Cavan in the opening games.

On top of that, Limerick (who beat them twice last season) are one of just three home games in Tullamore.

They won two games but were relegated from Division 2 last season after one year in the higher grade.

In the 2013 championship they beat Louth and Longford but lost to Laois and Meath in Aidan O’Brien’s first season as manager.

They had a credible O’Byrne Cup with wins over Laois and Offaly, while losing to UCD.

Dual player Lee Chin has opted for hurling only in 2014 for a side that appears to be rebuilding after the Jason Ryan era.

Face into some long away ties, which could be the making or breaking of their aspirations.

Manager Peter Canavan departed after a championship that saw them beat and lose to Cavan and beat Westmeath.

His term didn’t enjoy the best of starts with McKenna Cup defeats to Down and Monaghan.

Don’t have the worst schedule in the league with a March 16 trip to Limerick just one of three away games.

But all will be decided before that round five game for the men from Brewster Park.