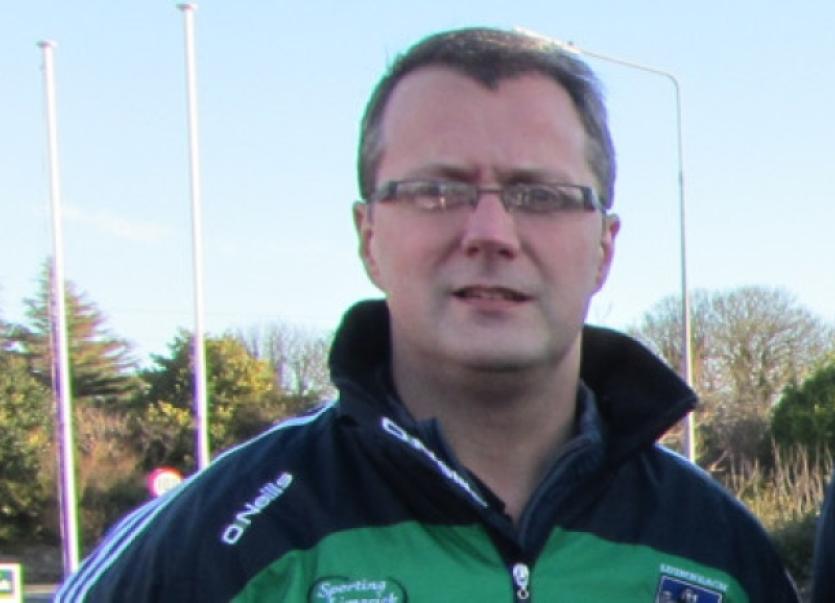 THERE is a fresh positivity about Limerick football as they embark on their new season.

THERE is a fresh positivity about Limerick football as they embark on their new season.

In interviews this week with manager John Brudair and captain Seanie Buckley both speak of new beginnings and the possibilities for the future.

Manager John Brudair is looking no further than Sligo on Sunday.

“We have to take it game-by-game especially with a new squad. It’s great to finally arrive at a competitive game and we would hope that the intensity of the last three weeks will continue,” said Brudair this Wednesday afternoon.

“The response from the players has been excellent but with a new team we have got to be a little cautious until we see how everyone adapts to competitive games.”

He added: “The first goal would have to be to survive but we if win a few games and confidence is high there is no reason why we can’t push on”.

“Winning would mean that fellas believe in themselves and then you can achieve things.”

Despite no McGrath Cup, Brudair is happy with league preparations.

“We had a series of good challenges against Clare, Waterford, Dr Crokes, UL, Cork IT and IT Tralee. We certainly weren’t short of action. The black card rule was applied in each game and so all the lads are fairly well briefed on it. This January worked out pretty much the same as if we had been in the McGrath Cup, given the number of games we played,” said the Dromcollogher-Broadford man.

“We have a tough test against Sligo this weekend. Their record at home is excellent. We are back up in Division 3 for the first time in years and we want to ensure we are there next year. If a chance comes along we get ourselves into a promotion spot, or within sight of one, we will do our best to grab it.”

The manager also confirmed the situation regarding some of the more experienced members of his panel.

“John has taken further time out to consider his future,” Brudair revealed of John Galvin.

“He will miss the opening rounds of the national league and he is to let us know then on what he is doing.”

“Jim O’Donovan and Stephen Lavin are also taking time out to consider their futures. They will also let us know in the coming weeks.”

Seanie Buckley is to continue as Limerick captain.

The man who lifted league silverware in Croke Park last April is looking forward to the step up in class that comes with Division 3 football.

“It’s great to see so many new faces and everyone so enthusiastic. The number one thing for all the players is to make the final panel and then to try and make the team,” explained Buckley, ahead of his 10th season in the Limerick senior set-up.

“All the new faces drives on us older fellas. It’s great to see new players come in and I would saw the most of 50 have been given a chance and they have all bought into it,” said Buckley.

“It’s great to see nearly all of last year’s team back as well and we would like to see a few more back as well. All the older lads are certainly lifted by the presence of the new guys and it pushes us on.”

“It’s all very exciting but we have to remember that a bad defeat wouldn’t be long bringing us back down to earth,” warned Buckley.

“Division 3 is so exciting - all games are ones that we would fancy that we could win and yet if you are not right we could lose the same games.”

He added: “The first two games will tell a lot - after that you can really tell what the goals need to be”.

“I would like to push-on myself. You you think that we could win all those games but I know they are all tough opponents.”

A club-mate of the new manager, Buckley has full confidence in the new set-up.

“Anyone in the club knew what to expect from John. Everything has been good so far and that’s what I would expect from him. Training has gone really well and hopefully it will come out on the field on Sunday,” said the captain.

“Sometimes it’s only out on the field that you find out how things are in the camp so we will have to wait until Sunday but everything has been so positive.”