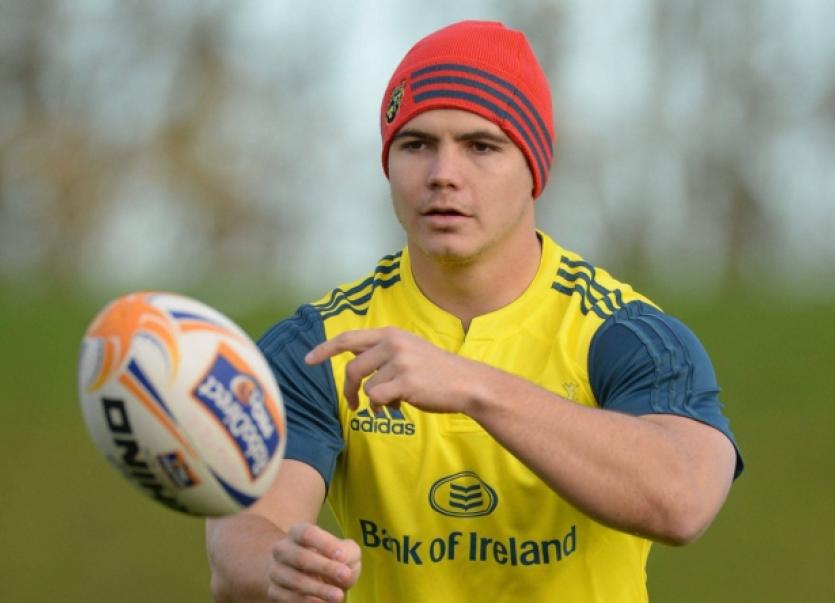 NEW Munster winger Gerhard van den Heever has had his debut for the province delayed for a week at least due to a ‘slight groin injury.’

NEW Munster winger Gerhard van den Heever has had his debut for the province delayed for a week at least due to a ‘slight groin injury.’

The 24-year-old South African who joined Munster on a two-year-contract joined up with the province at the start of the month after helping Western province reach the Currie Cup final.

Munster coach Rob Penney said he expected the exciting winger to be back in action in a week.

Table toppers Munster are set to start JJ Hanrahan at out-half in Saturday’s RaboDirect PRO12 clash with Cardiff at the Arms Park (6.30pm).

Ian Keatley has been ruled out of the game with a hip/groin injury. Hanrahan turned in a Man of the Match display in Munster’s recent PRO12 win over Glasgow.

Donnacha Ryan, who has been out of action with a knee injury picked up against Gloucester last month ‘has had a pretty good report from the specialist’ with Penney indicating that the international second row should return to action before Christmas.

Winger Simon Zebo is also said to be recovering well from a foot injury, but remains ‘a month or six weeks away’ from a return to action.

Keith Earls, who was included in Ireland’s squad for the autumn internationals, ‘could be back in the next couple of weeks’ after being sidelined with a knee injury, according to Penney.

Kiwi Penney revealed that back-row forward Tommy O’Donnell is ahead of schedule in his recovery from a knee injury.

“His timeline was maybe around Christmas time. Tommy is probably a week or so ahead of schedule in terms of that. He is excited and we are wrapped and so is the specialist.”

Munster, who have beaten PRO12 title contenders Leinster Glasgow and Ospreys in their three most recent outings in the competition are one-point ahead of the second-placed Warriors in the table.