Limerick love story: Two peas in a pod go to their God within days of each other 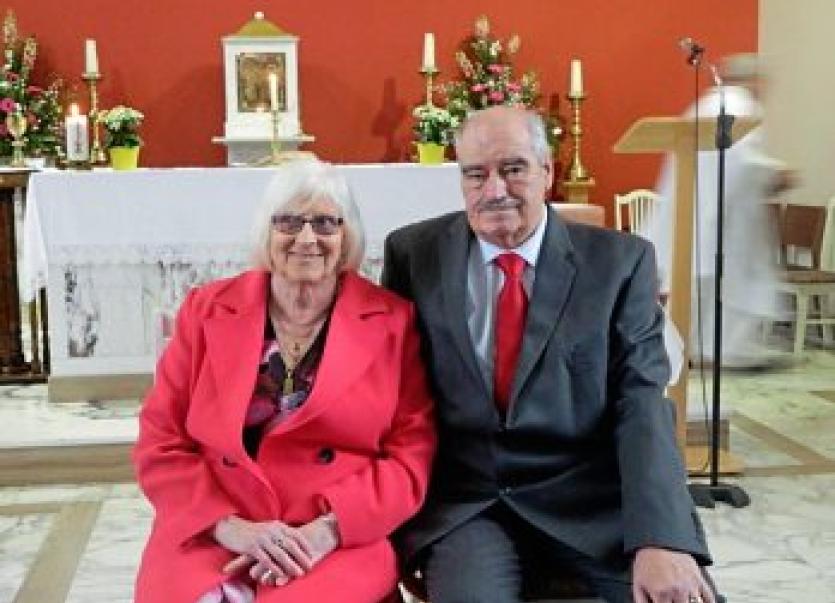 A LIMERICK couple, who were “inseparable” for over 50 years of marriage, have proved that even death itself can’t come between true love.

Michael and Helen Kiely of Meelick both passed away earlier this month, with Helen, 75, passing on February 1 - followed by her husband, who was aged 73, just three days later.

Their four children, Lavinia, Mike, Dave and Keith say that their passing, though heartbreaking, was definitely a work of fate or destiny.

“They were just like two peas in a pod,” said daughter Lavinia McGuane, “you never saw one without the other, ever.”

“So maybe it was destiny, or fate, that they wanted to go together,” said Dave, “that’s what we think. He never ever wanted to be without her, it’s as simple as that.”

“They knew,” Keith smiled, with Mike adding: “they definitely had their plan worked out.”

The pair, who started their family in Southill in the 1970s before moving on to Ballynanty and finally Meelick, were both diagnosed with cancer in recent years. 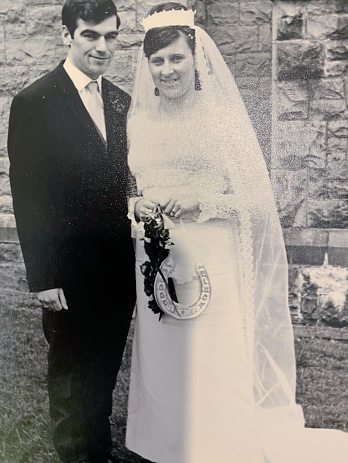 Helen, native of Hennessy Avenue in Kileely had been fighting cancer since 2017, and had been in the care of Milford Hospice since September 2019, while Michael, whose homeland is in Rathbane, was given his esophageal cancer diagnosis in early 2019.

On Friday, January 31, Michael took a fall in the family home which left him hospitalised unable to communicate verbally with the family, who had just been told that their mother would not make it through the coming days.

“I was with mam in Milford the day before she died, having just been told that she wouldn’t see through the weekend,” Lavinia explained, “and dad rang in that moment, and I couldn’t lie to him.

“So I put the phone on loudspeaker and asked him to say goodbye to her, I knew he wouldn’t get to see her again. He told her he’d see her soon and I said ‘no, that’s not what you need to say - I need you to say goodbye’ and he did.”

The following morning, on Saturday, February 1, Helen passed away. The family began to plan her funeral with the idea of a joint funeral mentioned as their father’s condition deteriorated.

“We held out for a little while, but eventually decided to give her her own funeral - it’s what dad would have wanted, we think that’s why he held out - he wanted her to have her own day” said Dave.

“A few hours after mam died I went in to see dad in UHL,” said Lavinia, “and I brought in her holy medals and rosary beads and I put them in his hand and said ‘these are mam’s - she doesn’t need them anymore, they’re for you so you can get better’ and I put them on his pillow and he squeezed my hand - he knew.”

Helen's removal took place on the evening of Tuesday, February 4 - with Michael passing away that night at 11pm.

The family held their mother’s funeral the following morning in Parteen Church, where the funeral of their father was held just three days later.

“Her death would have killed him,” said Lavinia, “if he was still here he’d still be at her grave, every day.”

“As he was being taken in the ambulance that night, he tried to tell us to look after our mam - he knew she needed us and wanted us to be with her,” she continued, “those were his last words to us really.”

“He told everyone that the hardest thing when mam was sick was just being in the house on his own,” said Lavinia, “he’d go to Milford a lot. The nurses would look in and mam would be asleep, TV blaring, and he’d be asleep beside her. They were just that devoted to each other, it was impossible to keep them apart.”

The pair were also devoted to their eight grandchildren, and played an active role in their upbringing by collecting them from school, helping with homework, attending matches and minding them when they were under the weather.

“He loved helping the kids with school projects - dad was the OG encyclopedia,” laughed Dave, with Keith adding “you didn’t need the internet if he was around - he was Google! ‘Just ask grandad,’ we’d say, ‘he knows everything’.”

“And mam would have the dinner ready for when they came home from school - always,” added Lavinia, “and she was well-known for her currant cake that she’d bring to the matches.”

Helen was a seamstress by trade, and had worked in the Crescent Clothing Factory and Danus before having children and putting her sewing skills to use in the local community for neighbours, and of course, the family.

“She was the one always sewing up trousers or curtains, putting zips in,” said Mike, “everyone knew to come to her, nothing was ever too challenging.”

Michael worked in the bus factory in Shannon in the early 80s, as well as M&Q Plastic Products, Shannon Wholesale Electrical and City Electrical Factors.

The children describe their father as a “massive GAA man”, supporting Limerick and playing St Patrick’s club on the Dublin Road in his youth.

“When we were younger we’d all be loaded up in the car with the tea and sandwiches and we’d go to the likes of Thurles and Cork for the matches,” recalled Keith, “that was our weekend.”

“He’d squeeze our hand to talk to us before he died,” said son Mike, “I told him to squeeze it as tight as he held the Liam McCarthy cup in 2018 when Limerick won - and by God, he did.”

“If they win again this year, he’ll have the best seat in the house - he’ll be looking down on them, with mam by his side as always.”