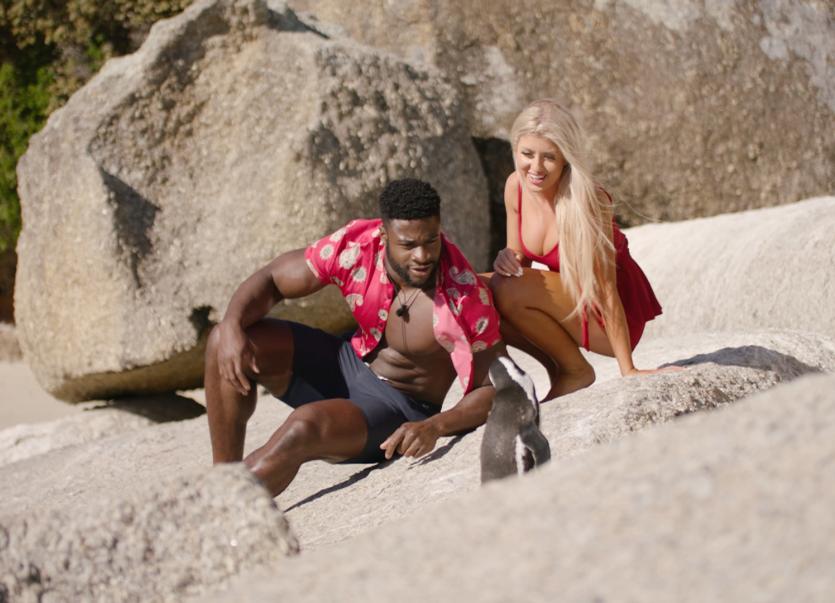 Discussing the fact that Callum kissed Molly in Casa Amor, Jamie says: “If I was going to be brutally honest, if I had any mates that were potentially thinking about swaying, I’d probably be like, ‘Look mate, hold back.’”

Callum replies: “To me, it wasn’t a decision – ‘is it Shaughna or is it Molly?’ – as soon as I clicked, I thought this is right for me.”

Jamie admits: “For me, it’s beneficial, I never want Shaughna to go through what she has gone through.”

But will this impress Shaughna or not? Or has Jamie caught someone else’s eye, as Natalia pulls him for a chat of her own…

MIKE AND PRISCILLA SHARE A NIGHT IN THE HIDEAWAY

As the Islanders learn that the Hideaway is open, it’s Mike and Priscilla who are chosen to spend a night alone together.

Mike admits: “I’m not going to lie. It’s nice to know the Islanders appreciate me and Priscilla need some quality time together.”

Priscilla says: “I can just sit back and relax because Mike is going to give all the entertainment. I’m looking forward to a private night, some one on one time.”

In the hideaway, Mike tells her: “Everything I’ve said, I’ve meant, I feel like you’re someone I want to hold on to.”

JESS AND CHED GET THEIR FIRST DATE

The following morning the Islanders wake to find two people are missing from the bedroom - Jess and Ched.

And the pair have had an early start for a reason, as they enjoy their first date alone on a beach with penguins.

As they pose for pictures with the penguins in the background, Jess says: “This is a good start to the day!”

Ched agrees adding: “First date – this is nice. I like the way things are going for us. I can’t see anything going west at the minute.”

He adds: “The trust is there. I don’t really trust people that easily, but I feel I can trust you. It’s one of the most important things.”

Jess replies: “I agree. I’m glad we’re both on the same page with that – the trust is there.”

And it seems the first date has gone well, with the pair discussing whether their parents will approve of each other.

Single Shaughna enjoyed a date with new boy, Jamie, yesterday but admits to pal Mike that she already had her eye on someone else in the villa.

Shaughna admits: “Do you know who I do get along with? Luke M…”

Mike replies: “He’s a cool guy. Do you think you could possibly go there?”

Mike asks: “Have you ever spoken to him like that? It’s food for thought.”

Shaughna says: “I think since Jamie has come into the villa and been chatting to me and what not, it’s made me realise some things. I think I might have some feelings for Luke M…”

Mike then tells Finn and Paige.

Speaking in the Beach Hut, Paige says: “Initially I was shocked. But maybe when you put all the pieces together, I’m shocked I’ve not seen it before. Every time he walks by, Shaughna drops him comments, every time he’s there, they flirt. She married him in the Snog, Marry… Pie game. Maybe the signs have been there and we’ve just never asked the question. So it’ll be interesting to see how this pans out.”

And when Shaughna discusses it with Paige and Finn, she explains: “When things didn’t work out with Natalia, I was a little bit like, yessss…”

Paige asks: “Why would you not stand up and be counted?”

Shaughna replies: “Because I love Demi.”

Paige says: “You know Demi, she’s going to be understanding. You need to say to Demi first before you say to Luke… you’ve got nothing to lose.”

Is Shaughna about to pull Demi and Luke M for chats? And will the feelings be mutual

In the latest challenge, ‘News Splash’, the Islanders are read out headlines with certain words blanked out. They must try and guess which words are missing. Get it wrong, and they get dunked.

Questions include who viewers think could be playing a game, whose mum has been in floods of tears over her son staying loyal and who could be about to experience heartbreak because of what their beau has said about them.

But after some more headlines, which suggest Finn’s head could have turned in Casa Amor and that Callum might cheat on Molly it seems there’s some more conversations to be had.

Callum says: “This is not good this you know…”