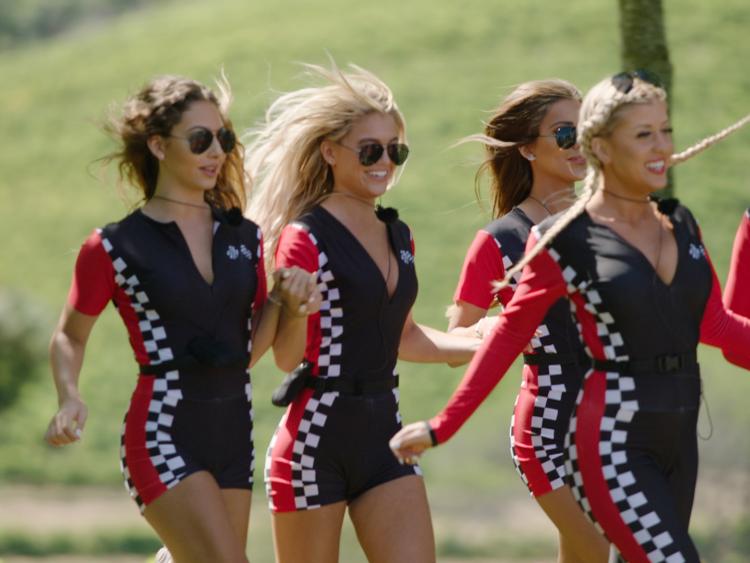 Shaughna tells Paige: “You never guess what I just heard… I just heard Molly say to Siânnise ‘It’ll be you next’ and Callum said ‘No it’ll be me’.”

In the Beach Hut Shaughna admits: “To say that while I’m two people apart from him, he always seems to do something that will likely upset me.”

LUKE M AND DEMI GET TO KNOW EACH OTHER MORE

With Luke M effectively single in the Villa - after he and Natalia agreed to just be friends - Mike pulls him for a chat to see if he might be interested in another Islander that is also recently single.

Mike asks Luke M: “What do you think of Demi?”

Mike says: “I honestly think that Demi is an incredible girl and I think maybe cast a glancing eye on her a little bit and see what she’s about. Be open.”

In the Beach Hut Luke M teases: “I think that I kind of have to give it a chance and see where things go with Demi and see what kind of happens.”

Meanwhile, Demi admits: “We’re both in a way single together. We both sort of looked at each other and thought, ‘Why have we not pursued this before?’ I’m excited to see if we do gel.”

And leaving nothing to chance, Siânnise and Luke T set about creating a date for the pair on the daybeds that evening.

As Luke M and Demi discuss their dreams and ambitions, could there be more than just talking on the cards..?

Today’s challenge sees the girls get behind the wheel in ‘Girl Racers’.

Kitted out like professional racing drivers, the girls are blindfolded in Go Karts and guided by their backseat driving boys. Communication is key here. First to get around the circuit quickest - with a pit stop at a drive-thru burger joint and a car wash - wins.

Single Shaughna chooses Nas to partner up with for this challenge and whilst watching Molly and Callum attempt the course, she says: “She doesn’t deserve him, she deserves better.”

Whilst single Demi chooses Luke M to guide her around the track - will they realise they could be a good team together?

As Jess tries her best to get around the circuit, it’s the food stop that proves most tricky, with Ched joking to her: “It’s not a ‘glamour ting’, eat the chips man.” He later laughs in the Beach Hut that she was wasting time eating one chip at a time.

But who will drive the quickest? And who will head off course?

In the evening, the Islanders are asked to gather at the fire pit where they learn that the public have been voting for their favourite couples and they are about to find out which of the couples are at risk of being dumped from the Island.

As Shaughna and Demi are single, they are immune from this public vote.

Luke M gets a text which reads: “Islanders, the public has been voting for their favourite couple. The couples with the fewest votes risk being dumped from the Island tonight.”

The Islanders find out that the bottom three couples - as voted by the public - are vulnerable and they are asked to stand in front of their fellow Islanders.

But how many Islanders will leave?