Love Island: Girls in for a surprise as boys go on lads' holiday to Casa Amor 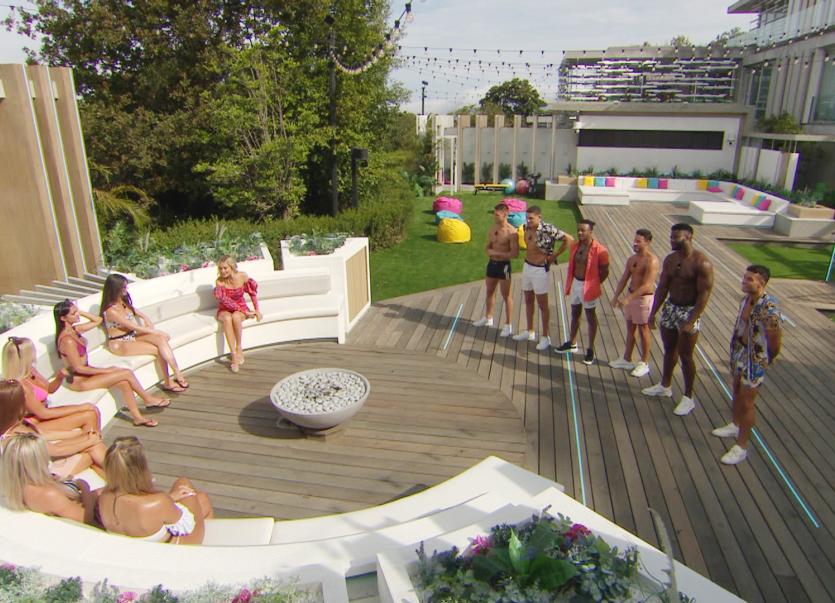 On tonight’s Love Island the boys are given a secret mission… pack up and leave the Main Villa without the girls knowing. And where are they off to? A lads’ holiday at Casa Amor of course…

Between celebrations, a quick burst of press ups and packing, Finn, Luke T and Nas opt to leave gifts behind for the girls they are coupled up with. But, stuck for an idea, Callum leaves without doing the same for Shaughna.

When the girls realise what’s happened, Shaughna admits: “Every single bed had stuff on it apart from mine. I go for the idiots all the time. I just feel like it’s happening again. It’s just annoying.”

Meanwhile, the boys are getting to know their way around the stunning new Casa Amor Villa.

Callum admits: “This is a wonderful place for a lads’ holiday. We’re all giddy, dead excited.”

Finn admits: “I haven’t been on a lads’ holiday.”

Luke M - whose recent romance with Jess has ended - admits: “I’m buzzing. I’m speechless. I’m on top of the world. I just can’t wait to get stuck in.”

And thinking of the girls they’ve left behind Mike adds: “The girls are going to be tense… This villa is designed to test.”

Nas says in the Beach Hut: “On the one hand things are going well between me and Demi but it is still early doors.”

Finn says: “We’re all excited to meet the new girls, whether that be romantically – for a couple of us, I’m thinking romantically.”

And it’s not long before the new girls - Molly, Eva, Jamie, Priscilla, Natalia and Jade - arrive and share which lads they’ve got their eyes on.

Jamie says: “Callum, Finn and Nas but you need to have conversations and see.”

Jade adds: “I like Finn, Luke M and Callum.”

Proving popular, Luke M admits in the Beach Hut: “There is one girl in particular, my jaw just hit the floor… Molly, she is just like fire. She is just the full package. I can’t wait to get to know her. Wow!”

Not letting the boys have all of the fun, host Laura Whitmore arrives at the Main Villa to surprise the girls.

Gathering them at the fire pit she says: “So girls, as you can tell, the boys aren’t here. They’ve gone, as you may have guessed, to Casa Amor. They will be getting to know six new girls.”

Asking the girls how they feel Shaughna admits she’s nervous.

Laura adds: “You didn’t think I’d leave you on your own here, did you? Couldn’t do that. There are six new hot single boys ready to meet you all.”

In the Beach Hut Rebecca says: “I’ve gone from having zero men to having the choice out of six men. I’m buzzing!”

Jess, who is unsure of her position with Mike, adds: “This is an exciting time. So many new faces, different personalities. I’m excited to see what they’ve got to say, who you bounce off.”

In the evening, Main Villa and Casa Amor are pitched against each other in a cocktail challenge, with the winning Villa bagging themselves a celebratory party.

Breaking the ice, the Islanders are tasked with passing the ingredients of four different cocktails between their mouths, racing to fill up their glasses the quickest.

With a cocktail party up for grabs, the Islanders quickly get to know each other.

But who will be victorious?

BOYS AND GIRLS GET TO KNOW THE NEW BOMBSHELLS

Fresh from the challenge the Islanders in each Villa get to know more about each other.

In Casa Amor Finn admits: “Boys, I personally don’t think my head’s going to turn. However, there is a however, obviously Molly, Natalia and Jamie… she’s funny…”

Mike says: “I like Eva’s personality, she’s bubbly.” He adds: “I took Priscilla to one side, seems like a very nice girl.”

Nas admits: “The novelty of the new girls has piqued my interest and excited me in all honesty…”

And as Callum gets to know Molly, Finn confesses: “I thought he’d be blinkers on” with Mike adding: “He has shocked me.”

As Molly chats to Callum alone that evening they discuss everything from their dogs, to which sweets Callum can fit in his dimples.

And when talk turns to the sleeping situation that night, is Callum about to invite a new bombshell into his bed?

Meanwhile, in the Main Villa on the daybed, Josh wants to know where Shaughna’s head is at.

He admits: “I’m going to lay my cards on the table here, but I think you’re super gorgeous. Your personality is awesome. I think you’re great. I feel like you and me would get along. If you’re pretty safe with Callum, I can’t rock that. But I feel like I can give you a bit more than Callum can give.”

So do the Islanders in each Villa have something to worry about?