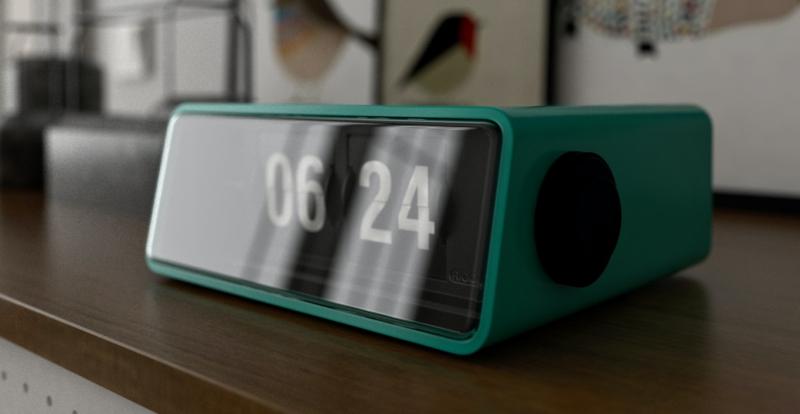 It's time to wake up... if you are only living for today and not saving something for tomorrow

THIS article is for anyone who thinks that ignoring their finances is okay and that when they eventually get round to looking at them, all will be fine, and no damage will have been done.
It’s also for those who think it’s okay to spend whatever’s left over in their account at the end of each month.
It’s not by the way.
And that’s what a gentleman I encountered was doing before I met him last month.
For context, he was late 30’s, married, and his wife was also working. Between both of them they were earning an excellent income and I mean excellent because there was quite a surplus of income over outgoings every month.
Or so it seemed.
By his calculations, and from the monthly budgeting document I asked him to populate, he had a monthly surplus of €1,800 per month.
I asked was this amount correct?
He said, yes it was.
So, just to be absolutely sure I asked him did he have €1,800 left in his current account at the end of every month?
This time, he said no.
He said at the end of every month, they were at breakeven.
I asked him how could you have a surplus of €1,800 if you don’t have that amount sitting in your account when next month’s pay day comes round.
His interpretation of a surplus it seemed was money he could spend every month, and that’s what he said they had been doing all along.
And that can be fine by the way if part of your outgoings were monies being set aside for savings and/or an emergency fund and towards your pension fund. And no issues either if this wasn’t possible because you were at the pin of your collar every month, but this guy wasn’t. He had money that could have been saved every month and quite a lot at that.
And have a guess what his monthly saving rate was?
ZERO.
And guess how much he had in his pension fund and how much he was saving each month?
Nothing and Nothing.
I told him at his age, ideally, he should have saved twice his current salary. That was the benchmark and where the majority of his peers were at.
He had €9,000 in savings and I told him for someone of his age and income earnings, he should have had €60,000.
I told him how people earning much less than he was, who had higher outgoings than he had, were saving €500+ and sometimes a lot more each month, but yet he was saving zero.
I always think having a reference point to what others are doing grabs people attention more than anything I could ever say, and hearing how younger people, earning less than he was and with higher outgoings were saving more than he was each month, and had more in savings than he and his wife had.
Perhaps they didn’t have as nicely a decorated house as he had, or maybe they didn’t eat out as often as he did, but there you go, each to their own.
I was curious about his pension and asked him why he wasn’t saving into one and why he never did? Why was he giving up that free money his employer was offering him and had done so for the past 7 years, which amounted to €41,000 by the way.
Was I missing something and was there a perfectly good reason he had refused €435 every month for the past 7 years?
And there wasn’t, shockingly his answer was that he guessed he just procrastinated over the years and always put it on the long finger.
Okay, fine no problem but what was his plan for retirement? Where was he going to get money other than the state pension? Did he think it was going to magically appear?
Anyway, we established where he was, and how far behind he was, and that was important but I didn’t want to dwell too much on the past either. We have to move forward and put a plan in place now, and thankfully he agreed.
And I gave him two actions to complete which I thought were uncomplicated and they were:

Immediately enrol in his employer’s pension scheme.
They would contribute 5% of his salary and he was to match it.
It wasn’t enough, but it was a start.

He was to open a separate savings account.
And the second his salary was lodged to his current account every month, a direct debit would move €1,000 out of it and into this new account.
And any withdrawals from the account would require 30 days’ notice.
In the future, what will I do with this money, he asked, as if he thought it needed to do something with it.
I told him perhaps he’ll do nothing with it. You don’t have to have a reason to save money.
But I told him that maybe he’ll take a chunk off his mortgage, or maybe he’ll change his car without having to borrow money, maybe he’ll do work on the house, or maybe he’ll want to take some time out from work on unpaid leave to review his career and see what he’d like to do going forward.
Lots of reasons which are as yet unknown, but that’s okay, because the reason you save without having a specific purpose is that you are ready and prepared to act when something does.
I don’t think he was expecting the conversation we had, or perhaps he did, but I think it was the wakeup call he needed.
And I wasn’t asking him to do anything he wasn’t able to either.
The reason I’m telling you about this gentleman, is not to be like him. Don’t fall behind, don’t procrastinate, don’t do nothing. If you’re unsure about anything, reach out and get help. It’s too important not to do anything.
And if you’re wondering if you need to have that wakeup call yourself, you probably do if anyone of the following is happening regularly to you:
n You’re struggling to get to the end of the month without using your credit card to pay for things. The first two weeks of the month are great but the last two are terrible.
You’re always telling yourself that you aren’t paid enough because you never have enough money.
You don’t save on a regular basis each month. You always have great intentions though and always promise yourself that you will, but 3 or 4 months on and you still haven’t.
Or you do save, but you dip into them every month to fund spending.
You see everyone your age buying houses, but you don’t even have a deposit to buy a dolls house.
You’re in your early 30’s and you still haven’t made plans for your 60-year-old self.
You’ve lots of debt and you have no plans made to get out of it, and worse still, rather than reducing it, you’re adding to it.
You’ve no clue what you’re spending your money on each month.
You spend surplus monies on things for no reason other than it’s just sitting in your account doing nothing.
The good news is that there are steps you can take now that will make positive changes to your finances regardless of your age and income even if you think you don’t have the money or time to do so. You do, what you need more than anything else is a plan.