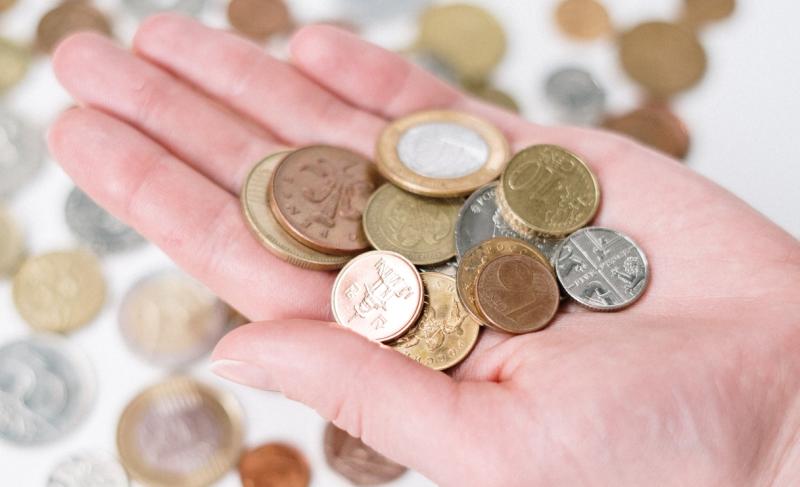 I WANT to pick up from last week’s article where we finished by looking at target number 1 which were those expenses that account for the highest % of our income. This week I want to look at targets number 2 and 3 and finish the article by bringing them altogether.

Target Number 2 – Fixed Expenses
Sometimes we take these areas a bit for granted, and think they are what they are and can’t be improved upon, but perhaps they can.
And one of those fixed monthly and annual expenses you should target are insurance costs.
It might be worth spending some time on price comparison websites to see if you can get the same level of cover but at a cheaper cost for things like car and home insurance and if you can’t perhaps increasing the excess on policies might help reduce the cost.
And the same applies to health insurance.
If this is a cost you pay for yourself, it might be worth spending 10 minutes looking at websites like www.hia.ie who have a comparison tool. You can compare your existing policy against others, and if you’re able to save money then great, and if you can’t at least you tried and you know what you’re currently paying is fine and can’t be improved on, and you move on to another area.
And don’t forget having a look at your life cover costs. It’s an area I always find people are paying more than they need to, because they either have the wrong policy or the wrong level of cover, so give that a review as well.
One individual I encountered last week did just that and discovered they were paying €37.37 more each month than they needed to and changed their policy easily and quickly. And that was an annual saving of €448 that could now be re-directed towards other areas without them having to come up with any new money or use their savings to bridge their monthly deficit.
And it’s important to say that switching utility or insurance providers is unlikely to counteract the increases we’re currently seeing. It’s more likely that the savings you achieve are only one piece of your plan and you’ll probably need savings in other areas. When asked what people should do, I often hear commentators say they should switch energy providers and other utility providers as if that will solve people’s problems. Of course you should move if it reduces the cost, but on its own, it won’t do very much for you.
I’d also consider reviewing your debt repayments if you have any. Can you get a better deal with another provider? Again, if you don’t ask or find out, you’ll never know.
A friend of mine told me recently how he moved a personal loan from a Bank to a Credit Union and saved €62 per month in the process. He didn’t tell me how much he owed or what the difference in rates were, but regardless it was certainly worth his while making that move.
Once you have reviewed your fixed expenses, now it’s time to move on to your variable ones.

Target Number 3 - Variable Costs
This is very often the area, where people spend more than they realise and are often surprised to learn how much they spend on clothes, entertainment, coffee, subscriptions, lunches, take aways etc.
You need to put your monthly spend alongside each of these areas. And you need to be as accurate as you can be and leave no stone unturned and don’t fudge the numbers because you’re afraid of what they’ll reveal. Be honest with yourself because you need to know what changes have to be made to compensate for all these extra costs, and you need to identify what outgoings need to be prioritised and what don’t.
Once you do, I’d break them down further by putting each expense under a heading of negotiable and non-negotiable.
If coffee out every day and lunch is non-negotiable that’s fine, put it under that heading for the time being. It may need to be on the table later if you haven’t found the difference in other areas.
One area I identified that I was spending way too much each month came under my negotiable outgoings, and they were coffees and lunches.
I now bring my own coffee and lunch to work four times a week and on Friday, I buy them.
By doing this, I save about €25 per week. Admittedly, not a life changing saving but it’s still €100 per month and about wipes out the extra amount I’m spending on petrol. So, it works for me.
Bringing the packed lunch to work suggestion often gets the roll of the eye’s reaction, but back in 2013, Board Bia produced a report that showed we spent on average, €7.77 at lunch time. If that number remains near or close to what it was, then over a 46-week working year, we would spend on average €1,787 every year at lunch time.
But those who brown bag their lunch, their annual cost is apparently about €447.
So, there could be savings of €1,340 up for grabs in this area. And it’s just an example of an area where the outlay is small each day and you might think its insignificant, but when you crunch the numbers, over time the savings could be good.
I also remember reading somewhere but I can’t recall where, that consumers in Europe apparently spend about 5% of their income on subscriptions i.e. music, TV, sport, papers, and magazines etc. which is c. €130 per month.
So, review how much you spend on weekday drinking, coffees, clothes, gym memberships, TV subscriptions, home furnishings etc. and put each of them under the heading of what’s up for grabs and what’s not.
And then see if the savings you can achieve by eliminating one or two or three in the negotiable category are enough or not.
If they’re not, then something you’d like to have kept spending money on, will have to give, they just will.
And most of the choosing what to cut back on has to come from you, you must prioritise what’s most important to you.
And to help you with this, ask yourself three questions when you list those discretionary expenses that are under consideration:
How much do I use this?
Do I really need it?
Can I live without it?
The answers might help you make up your mind
Cutting out or reducing down expenses takes time and effort and you need to be focused and intentional, and it’s not a nice thing to have to do, but the good news is that maybe cutting things out for 6 or 7 months might be enough, and when things ease you can bring those expenses back into your monthly spend at a later date or maybe you’ll just forget about them altogether.

Bring it all Together
Okay, as I said it’s unlikely that you’ll find the savings you’re looking for in one area.
Their most likely going to come from a number of different ones. If you need to save €300 per month, it might be identifying 5 areas where you can save €60 from each, or 10 areas where you can save €30 from each.
I’ll leave it up to you to make those decisions but you might end up with something like this:
Target to save €300
Savings Identified:
Insurance (Life) – Reduced monthly cost by €25
Mortgage – Moved to fixed rate and lowered repayment by €50
Lunch – brought to work for 4 days a week €50
One Less takeaway each week €25
Suspend Sports/Movie Subscription €50
In the example above, you still haven’t bridged the deficit and €100 still remains but maybe you’ll be able to find that €3 every day from other areas you spend money on, that will make up the difference.
Next week’s article, I’m going to look at ideas of how you can earn more and generate lump sum, once off cash payments.