Making Cents: The amount you should save each month is…. 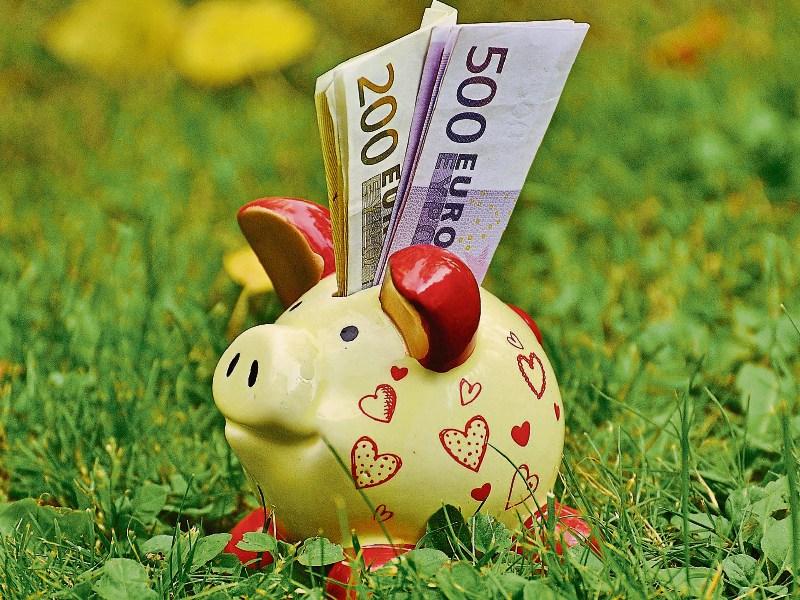 A penny saved is a penny earned

And they came from a young man who has been working full time for the past 5 years.

He wanted to get a fact-check on both numbers, and my analysis was that he was behind in one and ahead in the other.

The one he was ahead in was the amount he was saving each month. It was €500 which was 2.16 times more than the minimum I would have recommended he save, based on his income.

However, he was behind on the amount he had saved to date.

So, his savings rate was excellent but his savings balance was poor, and it was poor primarily because it was only in the past 12 months that he began saving €500 per month. Up to that, the amount he saved was very irregular and there were some months he saved nothing at all.

In a moment, I’m going to give you some benchmark numbers, you can compare yourself against, but before I do, let me quickly tell you, the motivation behind writing this article.

There are some useful numbers and guides you can reference when it comes to your pension fund and what should be in that particular pot at a point in time. But it’s difficult to find out, how much should be in the non-pension savings pot.

I couldn’t find a resource anywhere that proved useful, or gave any numbers at all, which is why I decided to create it myself.

And the amount you save and how much you should have saved by now are inextricably linked. And I appreciate the amounts in each instance can be very circumstantial and will depend on your age, income, where you live, your lifestyle, existing commitments etc. so a lot of factors in play and each need to be considered.

When I set about putting these numbers together, I wanted to make the connection to monthly savings and your savings balance, with specific reference to your age and income. I think doing it any other way would prove pointless.

What has proved more difficult is knowing the circumstances behind each individual i.e. do they have a mortgage, are they living at home, do they have dependents, what their level of debt is, what their lifestyles are like and so on.

Each of these factors influence the amount they can save each month, so the numbers I’m going to put forth might be an over or under estimation of what a person or couple can save, but they’re good numbers nonetheless and more importantly I believe my method is fair, because it’s applied in exactly the same way.

The typical reference to how much you should save is a % of your income, which is probably the method most used by people, and the reference point most advisers point to.

However, the method I like, and it’s one that I recommend to all of my clients, is based on saving one hour of your income each day.

I use this method primarily for two reasons (a) I’ve found it to be more effective for people because they understand the logic and it makes more sense to them than just picking a % (b) they act and follow through on this advice and want to keep that hour for themselves, not anyone else.

Using this method, people can also directly compare themselves on a like for like basis. Someone saving €1,500 per month, it might be 35 hours of their income each month, and for someone saving €150 it might represent 40 hours.

Okay, there are some caveats I need to tell you about my numbers.

They assume you work 40 hours per week, they are based on you having begun saving from the age of 25, so when calculating what you should have at age 50 the figures are based on what you would have saved and accumulate over the past 25 years, these numbers also assume they aren’t being directed or used towards pension or house purchase or anything specific in purpose, they are based on the number of working days in the year, any amounts accumulated for an emergency fund are included, the hourly savings rate is calculated based on the midpoint between income ranges, no investment returns have been applied to these numbers, I haven’t allowed for any increases in income over the years, and when determining net monthly incomes, I’ve worked out what the average between a single person and a married couple is.

And in the table, (SEE BELOW)I inserted the daily saving rate as well, because sometimes it’s easier to break down the monthly amount into smaller chunks which I think makes the ability to save that much easier.

And let me repeat, many people have the ability to save a lot more or a lot less than 1 hour of their income every day, but without knowing their exact circumstances, it’s difficult to point out what their ideal number is in an article like this one, because there are so many variables to consider. It’s an easy calculation when you’re with them in person though.

What I like about these figures is that they’re good reference points and something you can use to benchmark your existing savings against, and some good targets as to what (a) the minimum amount you should be saving each month and (b) what target’s you should be aiming to hit at different timelines.

And if you’re still in that savings mode that has a specific purpose i.e. saving to buy a house, that’s okay as well, you can start later once those savings have been used and from that point forward, you can work out what your 5-year target is by multiplying the recommended monthly savings by 60.

If you’re behind where I think you should be, that’s fine, the past is the past, nothing you can do.

The key is wanting to move forward and creating a fresh start. And linking the amount you save, to how much you earn every hour is a great way to put some logic behind what your monthly savings rate should be, and what targets you can measure your progress against over the next 5, 10 years from this point.