Making Cents: Which is better, a fixed or variable mortgage? 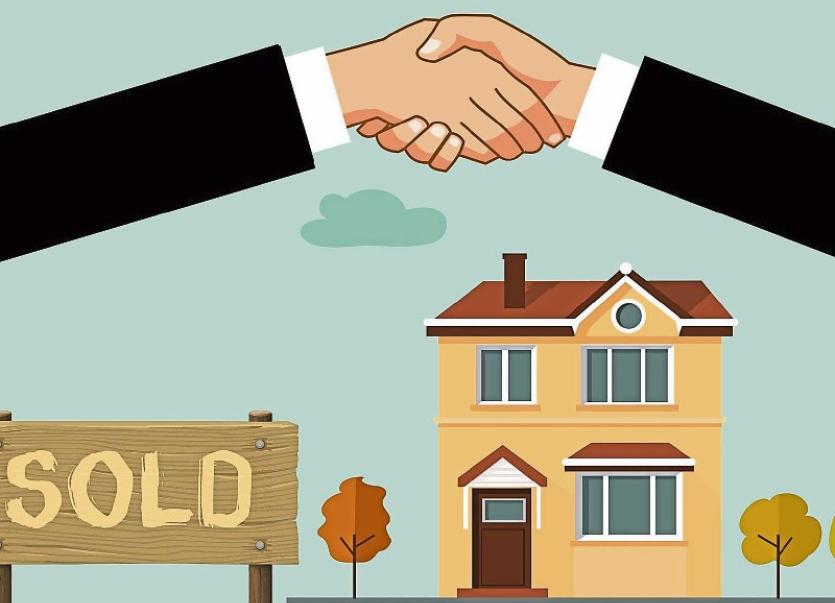 Whether you are a first- or second-time buyer, or an existing mortgage holder, there’s always a decision, that you have to decide between, do you choose a fixed or variable rate. And there’s no right or wrong decision, it really comes down to an individual’s circumstances at a point in time.

The difference in monthly repayments probably influences our decision making most, and it’s no surprise that first time buyers (FTB’s) favour fixed rates over variable ones.

And there are some great fixed rate offerings available at the moment, and when you stand them alongside variable rate offerings, from the same lender, it’s really not surprising that nearly nine out of ten FTB’s choose fixed rates.

For example, when you look at 5-year fixed rates, the difference between what some lenders are offering versus their variable rates, based on a mortgage of €300,000 over 25 years with a loan to value of >80% and <90%, is as follows:

The difference is significant, and there’s no doubt that a fixed rate is particularly attractive and not only is it cheaper, the bigger advantage, is the certainty it gives you. Regardless of what the ECB decides to do with interest rates, you know exactly what your monthly repayment will be for the next 24, 36, 48 months or however long you fix it for, will remain the same and that’s great for peace of mind, for borrowers and their monthly budget.

I don’t believe many FTB’s crunch the numbers and make their decision on whether they’ll end up paying more interest over the term of their mortgage should they choose a variable rate over a fixed one, because it’s difficult if not impossible to forecast with any degree of certainty what way rates will move over that time period.

But there are some that do.

Some borrowers who perhaps feel more secure with their job and are also more comfortable with their monthly budgeting and won’t be as affected as others might be, should interest rates rise by 1% or 2%, make their decision to choose a variable rate over a fixed one, because data would suggest they’ll end up paying less with a variable rate over the term of a mortgage, simply because lenders have to add on a margin to their fixed rates to cover any unknown increase that might occur.

Either way, you’re effectively taking a bet that one will be lower than the other. And without the use of a crystal ball, who knows what way interest rates will become in the months and years ahead. They may look solid now with no sign of them changing, but as we know things can happen very quickly.

And if you’re unsure what to do, you could choose to split your mortgage and fix a portion of it and leave the other on a variable rate.

Maybe it suits you to have part of your mortgage on a variable rate because you like to make monthly overpayments and you don’t like to be restricted by the amount you overpay. If you are on a fixed rate, you can be somewhat restricted to the amount you can overpay each month. Some lenders limit the amount to 10% of your mortgage balance outstanding and others are much lower. BOI, for example limit the overpayment amount to a maximum of just €65 per month.

This small amount didn’t suit a client of mine who recently moved to another lender because this overpayment was too low for him. He didn’t want all of his mortgage to be on a much higher variable rate either. If he stayed with everything on a fixed rate, the €65 overpayment would only reduce his term by 1 year 6 months and his interest saving was just €8,122.

He moved and split his mortgage where he had two thirds on a fixed rate and a third on a variable rate. The overpayments he made on the variable rate reduced the term on that portion of his mortgage by 12 years 11 months and he saved €22,943 in interest payments.

Another client of mine also liked this option, and he made contact with his lender, PTSB, but he hit a stone wall with them. They advised that because his mortgage was already in existence, he couldn’t split it. I thought this was strange and unfair, so I contacted them looking for an explanation, and their reply was, that it’s only available for customers who took out a split loan from day 1.

I pressed them further because my client wasn’t made aware of this when he took out his mortgage, and their next response was there is little to no demand for this type of product.

I was surprised by this reply as it came back very quickly so I asked them to send me on the condition in their offer letter which brings to the attention of any borrowers that unless their mortgage is split from the outset, they won’t have the option of splitting their mortgage in the future.

I didn’t receive it and their reply was, we have no further comment on the matter.

If you have a mortgage with them, and you’d like to split it into part fixed and part variable, make contact with them anyway and maybe you’ll have better luck than I and my client did.

Because they wouldn’t facilitate my client, he’s now in the process of moving his mortgage to Avant Money, and PTSB’s loss for not allowing him split, his mortgage is about €201,984 in interest payments.

Anyway, let me repeat, the decision to choose, a fixed rate over a variable one, will depend on an individual’s circumstances. Variable rates can be more appropriate for some because they don’t tie them to a lender for any set period and their mortgage can be redeemed or moved to another lender at any time without penalty.

A fixed rate on the other hand gives a borrower the option to fix a rate for an agreed period, of time. It provides certainty for them and makes budgeting each month that little bit easier.

And the benefit of a fixed rate is, that if rates increase, they’re not impacted but equally they won’t benefit from reductions if rates were to reduce either. I think the big downside to fixed rates is how they tie you into a lender because if you try to exit from them early, they will impose exit penalties, and they can be big.

With all of that in mind, I like having a split mortgage.

It’s comparable to diversification when it comes to investing money. Because by opting for this structure, you are effectively hedging your bets. Who knows what way rates will move in the months and years ahead. You could be lucky or unlucky depending on what choice you make, but you can take luck out of the equation by opting for both.